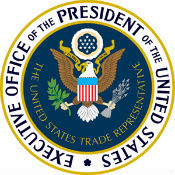 In its annual “Out-of-Cycle Review of Notorious Markets” the office of the United States Trade Representative (USTR) has listed a long list of websites said to be involved in online piracy.

The list is compiled with high-level input from various trade groups, including the MPAA and RIAA who both submitted their recommendations (1,2) during early October last year.

With the word “allegedly” used more than two dozen times in the report, the US government notes that its report does not constitute cast-iron proof of illegal activity. However, it urges the countries from where the so-called “notorious markets” operate to take action where they can, while putting owners and facilitators on notice that their activities are under the spotlight.

“A goal of the List is to motivate appropriate action by owners, operators, and service providers in the private sector of these and similar markets, as well as governments, to reduce piracy and counterfeiting,” the report reads.

“USTR highlights the following marketplaces because they exemplify global counterfeiting and piracy concerns and because the scale of infringing activity in these marketplaces can cause significant harm to U.S. intellectual property (IP) owners, consumers, legitimate online platforms, and the economy.”

The report begins with a page titled “Issue Focus: Illicit Streaming Devices”. Unsurprisingly, particularly given their place in dozens of headlines last year, the segment focus on the set-top box phenomenon. The piece doesn’t list any apps or software tools as such but highlights the general position, claiming a cost to the US entertainment industry of $4-5 billion a year.

In common with previous years, the USTR goes on to list several of the world’s top torrent sites but due to changes in circumstances, others have been delisted. ExtraTorrent, which shut down May 2017, is one such example.

As the world’s most famous torrent site, The Pirate Bay gets a prominent mention, with the USTR noting that the site is of “symbolic importance as one of the longest-running and most vocal torrent sites. The USTR underlines the site’s resilience by noting its hydra-like form while revealing an apparent secret concerning its hosting arrangements.

“The Pirate Bay has allegedly had more than a dozen domains hosted in various countries around the world, applies a reverse proxy service, and uses a hosting provider in Vietnam to evade further enforcement action,” the USTR notes.

Other torrent sites singled out for criticism include RARBG, which was nominated for the listing by the movie industry. According to the USTR, the site is hosted in Bosnia and Herzegovina and has changed hosting services to prevent shutdowns in recent years.

1337x.to and the meta-search engine Torrentz2 are also given a prime mention, with the USTR noting that they are “two of the most popular torrent sites that allegedly infringe U.S. content industry’s copyrights.” Russia’s RuTracker is also targeted for criticism, with the government noting that it’s now one of the most popular torrent sites in the world.

While torrent sites are still important, the USTR reserves considerable space in its report for streaming portals and cyberlocker-type services.

4Shared.com, a file-hosting site that has been targeted by dozens of millions of copyright notices, is reportedly no longer able to use major US payment providers. Nevertheless, the British Virgin Islands company still collects significant sums from premium accounts, advertising, and offshore payment processors, USTR notes.

Cyberlocker Rapidgator gets another prominent mention in 2017, with the USTR noting that the Russian-hosted platform generates millions of dollars every year through premium memberships while employing rewards and affiliate schemes.

Due to its increasing popularity as a hosting and streaming operation, Openload.co (Romania) is now a big target for the USTR. “The site is used frequently in combination with add-ons in illicit streaming devices. In November 2017, users visited Openload.co a staggering 270 million times,” the USTR writes.

Owned by a Swiss company and hosted in the Netherlands, the popular site Uploaded is also criticized by the US alongside France’s 1Fichier.com, which allegedly hosts pirate games while being largely unresponsive to takedown notices. Dopefile.pk, a Pakistan-based storage outfit, is also highlighted.

On the video streaming front, it’s perhaps no surprise that the USTR focuses on sites like FMovies (Sweden), GoStream (Vietnam), Movie4K.tv (Russia) and PrimeWire. An organization collectively known as the MovShare group which encompasses Nowvideo.sx, WholeCloud.net, NowDownload.cd, MeWatchSeries.to and WatchSeries.ac, among others, is also listed.

While most of the above are either focused on video or feature it as part of their repertoire, other sites are listed for their attention to music. Convert2MP3.net is named as one of the most popular stream-ripping sites in the world and is highlighted due to the prevalence of YouTube-downloader sites and the 2017 demise of YouTube-MP3.

Given the amount of attention the site has received in 2017 as ‘The Pirate Bay of Research’, Libgen.io and Sci-Hub.io (not to mention the endless proxy and mirror sites that facilitate access) are given a detailed mention in this year’s report.

“Together these sites make it possible to download — all without permission and without remunerating authors, publishers or researchers — millions of copyrighted books by commercial publishers and university presses; scientific, technical and medical journal articles; and publications of technological standards,” the USTR writes.

But it’s not only sites that are being put under pressure. Following a growing list of nominations in previous years, Swiss service provider Private Layer is again singled out as a rogue player in the market for hosting 1337x.to and Torrentz2.eu, among others.

“While the exact configuration of websites changes from year to year, this is the fourth consecutive year that the List has stressed the significant international trade impact of Private Layer’s hosting services and the allegedly infringing sites it hosts,” the USTR notes.

“Other listed and nominated sites may also be hosted by Private Layer but are using
reverse proxy services to obfuscate the true host from the public and from law enforcement.”

The USTR notes Switzerland’s efforts to close a legal loophole that restricts enforcement and looks forward to a positive outcome when the draft amendment is considered by parliament.

Perhaps a little surprisingly given its recent anti-piracy efforts and overtures to the US, Russia’s leading social network VK.com again gets a place on the new list. The USTR recognizes VK’s efforts but insists that more needs to be done.

“Despite these positive signals, VK reportedly continues to be a hub of infringing activity and the U.S. motion picture industry reports that they find thousands of infringing files on the site each month.”

Finally, in addition to traditional pirate sites, the US also lists online marketplaces that allegedly fail to meet appropriate standards. Re-added to the list in 2016 after a brief hiatus in 2015, China’s Alibaba is listed again in 2017. The development provoked an angry response from the company.

Describing his company as a “scapegoat”, Alibaba Group President Michael Evans said that his platform had achieved a 25% drop in takedown requests and has even been removing infringing listings before they make it online.

“In light of all this, it’s clear that no matter how much action we take and progress we make, the USTR is not actually interested in seeing tangible results,” Evans said in a statement.

The full list of sites in the Notorious Markets Report 2017 (pdf) can be found below.

from TorrentFreak http://ift.tt/2mz16E9
via IFTTT
Posted by papampi at 1:32 AM