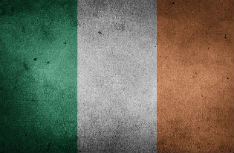 Like many other countries throughout Europe, Ireland is no stranger to pirate site blocking efforts.

The Pirate Bay was blocked back in 2009, as part of a voluntary agreement between copyright holders and local ISP Eircom. A few years later the High Court ordered other major Internet providers to follow suit.

However, The Pirate Bay is not the only ‘infringing’ site out there. The Motion Picture Association (MPA) has therefore asked the Commercial Court to expand the blockades to other sites.

On behalf of several major Hollywood studios, the group most recently targeted a group of the most used torrent and streaming sites; 1337x.io, EZTV.ag, Bmovies.is, 123movieshub.to, Putlocker.io, RARBG.to, Gowatchfreemovies.to and YTS.am.

According to Justice Brian McGovern, the movie studios had made it clear that the sites in question infringed their copyrights. As such, there are “significant public interest grounds” to have them blocked.

Irish Examiner reports that none of the ISPs opposed the blocking request. This means that new pirate site blockades are mostly a formality now.

MPA EMEA President and Managing Director Stan McCoy is happy with the outcome, which he says will help to secure jobs in the movie industry.

“As the Irish film industry is continuing to thrive, the MPA is dedicated to supporting that growth by combatting the operations of illegal sites that undermine the sustainability of the sector,” McCoy says.

“Preventing these pirate sites from freely disturbing other people’s work will help us provide greater job security for the 18,000 people employed through the Irish film industry and ensure that consumers can continue to enjoy high quality content in the future.”

The MPA also obtained similar blocks against movie4k.to, primewire.ag, and onwatchseries.to. last year, which remain in effect to date.

The torrent and streaming sites that were targeted most recently have millions of visitors worldwide. While the blockades will make it harder for the Irish to access them directly, history has shown that some people circumvent these measures or simply move to other sites.

Several of the targeted sites themselves are also keeping a close eye on these blocking efforts and are providing users with alternative domains to bypass the restrictions, at least temporarily.

As such, it would be no surprise if the Hollywood studios return to the Commercial Court again in a few months.

from TorrentFreak http://ift.tt/2FE8gjn
via IFTTT
Posted by papampi at 12:42 AM