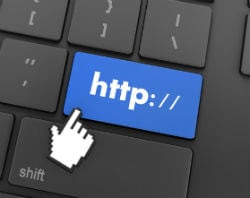 Late 2017, Boing Boing co-editor Xena Jardin posted an article in which he linked to an archive containing every Playboy centerfold image to date.

While Boing Boing had nothing to do with the compilation, uploading, or storing of the Imgur-based archive, Playboy took exception to the popular blog linking to the album.

Noting that Jardin had referred to the archive uploader as a “wonderful person”, the adult publication responded with a lawsuit (pdf), claiming that Boing Boing had commercially exploited its copyrighted images.

Last week, with assistance from the Electronic Frontier Foundation, Boing Boing parent company Happy Mutants filed a motion to dismiss in which it defended its right to comment on and link to copyrighted content without that constituting infringement.

“This lawsuit is frankly mystifying. Playboy’s theory of liability seems to be that it is illegal to link to material posted by others on the web — an act performed daily by hundreds of millions of users of Facebook and Twitter, and by journalists like the ones in Playboy’s crosshairs here,” the company wrote.

EFF Senior Staff Attorney Daniel Nazer weighed in too, arguing that since Boing Boing’s reporting and commenting is protected by copyright’s fair use doctrine, the “deeply flawed” lawsuit should be dismissed.

Now, just a week later, Playboy has fired back. Opposing Happy Mutants’ request for the Court to dismiss the case, the company cites the now-famous Perfect 10 v. Amazon/Google case from 2007, which tried to prevent Google from facilitating access to infringing images.

Playboy highlights the court’s finding that Google could have been held contributorily liable – if it had knowledge that Perfect 10 images were available using its search engine, could have taken simple measures to prevent further damage, but failed to do so.

Turning to Boing Boing’s conduct, Playboy says that the company knew it was linking to infringing content, could have taken steps to prevent that, but failed to do so. It then launches an attack on the site itself, offering disparaging comments concerning its activities and business model.

“This is an important case. At issue is whether clickbait sites like Happy Mutants’ Boing Boing weblog — a site designed to attract viewers and encourage them to click on links in order to generate advertising revenue — can knowingly find, promote, and profit from infringing content with impunity,” Playboy writes.

“Clickbait sites like Boing Boing are not known for creating original content. Rather, their business model is based on ‘collecting’ interesting content created by others. As such, they effectively profit off the work of others without actually creating anything original themselves.”

Playboy notes that while sites like Boing Boing are within their rights to leverage works created by others, courts in the US and overseas have ruled that knowingly linking to infringing content is unacceptable.

Even given these conditions, Playboy argues, Happy Mutants and the EFF now want the Court to dismiss the case so that sites are free to “not only encourage, facilitate, and induce infringement, but to profit from those harmful activities.”

Claiming that Boing Boing’s only reason for linking to the infringing album was to “monetize the web traffic that over fifty years of Playboy photographs would generate”, Playboy insists that the site and parent company Happy Mutants was properly charged with copyright infringement.

Playboy also dismisses Boing Boing’s argument that a link to infringing content cannot result in liability due to the link having both infringing and substantial non-infringing uses.

“In this case, Happy Mutants’ offending link — which does nothing more than support infringing content — is good for nothing but promoting infringement and there is no legitimate public interest in its unlicensed availability,” Playboy notes.

In its motion to dismiss, Happy Mutants also argued that unless Playboy could identify users who “in fact downloaded — rather than simply viewing — the material in question,” the case should be dismissed. However, Playboy rejects the argument, claiming it is based on an erroneous interpretation of the law.

Citing the Grokster decision once more, the adult publisher notes that the Supreme Court found that someone infringes contributorily when they intentionally induce or encourage direct infringement.

“The argument that contributory infringement only lies where the defendant’s actions result in further infringement ignores the ‘or’ and collapses ‘inducing’ and ‘encouraging’ into one thing when they are two distinct things,” Playboy writes.

As for Boing Boing’s four classic fair use arguments, the publisher describes these as “extremely weak” and proceeds to hit them one by one.

Moving on to the second factor of fair use – the nature of the copyrighted work – Playboy notes that an entire album of artwork is involved, rather than just a single image.

On the third factor, concerning the amount and substantiality of the original work used, Playboy argues that in order to publish an opinion on how “standards of hotness” had developed over time, there was no need to link to all of the pictures in the archive.

“Had only representative images from each decade, or perhaps even each year, been taken, this would be a very different case — but Happy Mutants cannot dispute that it knew it was linking to an illegal library of ‘Every Playboy Playmate Centerfold Ever’ since that is what it titled its blog post,” Playboy notes.

Finally, when considering the effect of the use upon the potential market for or value of the copyrighted work, Playbody says its archive of images continues to be monetized and Boing Boing’s use of infringing images jeopardizes that.

“Given that people are generally not going to pay for what is freely available, it is disingenuous of Happy Mutants to claim that promoting the free availability of infringing archives of Playboy’s work for viewing and downloading is not going to have an adverse effect on the value or market of that work,” the publisher adds.

While it appears the parties agree on very little, there is agreement on one key aspect of the case – its wider importance.

On the one hand, Playboy insists that a finding in its favor will ensure that people can’t commercially exploit infringing content with impunity. On the other, Boing Boing believes that the health of the entire Internet is at stake.

“The world can’t afford a judgment against us in this case — it would end the web as we know it, threatening everyone who publishes online, from us five weirdos in our basements to multimillion-dollar, globe-spanning publishing empires like Playboy,” the company concludes.

from TorrentFreak http://ift.tt/2DEMezD
via IFTTT
Posted by papampi at 10:18 AM