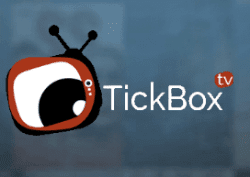 While the hardware and media players such as Kodi are not a problem, sellers who ship devices with unauthorized add-ons turn them into fully-fledged piracy machines.

According to the Alliance for Creativity and Entertainment (ACE), an anti-piracy partnership comprised of Hollywood studios, Netflix, Amazon, and more than two dozen other companies, Tickbox TV is one of these bad actors.

Last year, ACE filed a lawsuit against the Georgia-based company, which sells set-top boxes that allow users to stream a variety of popular media. The Tickbox devices use the Kodi media player and comes with instructions on how to add various add-ons.

According to ACE, these devices are nothing more than pirate tools, allowing buyers to stream copyright-infringing content. The coalition, therefore, asked the court for a permanent injunction to remove all infringing add-ons from previously sold devices.

Tickbox maintained its innocence, however. The company informed the court that its box is a simple computer like any other, which is perfectly legal.

According to Tickbox, they don’t have anything to do with the infringing “Themes” that users can select on their device. These themes feature several addons that link to infringing content.

This explanation doesn’t sit well with the movie companies, which submitted a reply to the court late last week. They claim that Tickbox is deliberately downplaying their own role, as they are the ones who decided to make these themes accessible through their boxes.

“TickBox falsely claims that the presence of these ‘Themes’ on TickBox devices ‘have nothing to do with Defendant’,” ACE’s reply reads.

“To the contrary, TickBox intentionally chooses which ‘Themes’ to include on its ‘Select your Theme’ menu for the TickBox TV interface, and TickBox pushes out automatic software updates to its customers’ TickBox TV devices.”

The movie companies also dispute Tickbox’s argument that they don’t induce copyright infringement because their device is “simply a small computer” that has many legitimate uses.

This liability question isn’t about whether Tickbox stores any infringing material or runs pirate streams through their servers, they counter. It’s about the intended use and how Tickbox promotes its product.

“TickBox’s liability arises based on its advertising and promoting TickBox TV as a tool for infringing use, and from designing and including software on the device that encourages access to infringing streams from third-party sources.”

ACE notes that, unlike Tickbox claims, the current case shows a lot of parallels with previous landmark cases including Grokster and Fung [isoHunt].

The isoHunt website didn’t store and infringing material, nor was it crucial in the torrent piracy ecosystem. However, it was liable because the operator willingly facilitated copyright infringing activity. This is what Tickbox does too, according to ACE.

“TickBox ‘competes’ with legitimate services by telling customers that they can access the same content available from legitimate distributors ‘ABSOLUTELY FREE’ and that customers therefore ‘will find that you no longer need those subscriptions’.”

The movie companies therefore ask the court to issue the requested injunction. They want all existing devices to be impounded and Tickbox should, through an update, remove infringing addons from already sold devices.

Tickbox argued that this would require them to “hack into” their customers’ boxes and delete content. ACE, however, says that this is a simple update and nothing different from what the company has done in the past.

“The proposed injunction would merely obligate TickBox to make good on its halfhearted and ineffective efforts to do what it claims to have already done: remove Kodi builds with illicit addons from TickBox TV,” ACE writes.

“As demonstrated by TickBox’s own, repeated software updates since the filing of Plaintiffs’ Complaint, TickBox has the means and ability to easily and remotely change what options users see and can access on their TickBox TVs.”

After having heard the arguments from both sides, it’s now up to the California federal court to decide who’s right.

The current case should set an important precedent. In addition to Tickbox, ACE also filed a similar lawsuit against Dragon Box. Clearly, the coalition is determined to get these alleged pirate devices off the market.

A copy of ACE’s reply is available here (pdf).

from TorrentFreak http://ift.tt/2mHYRza
via IFTTT
Posted by papampi at 11:27 AM