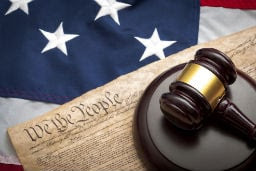 Despite a considerable migration towards streaming piracy in recent years, copyright trolls are still finding plenty of potential targets around the world. Alleged BitTorrent pirates are target number one since their activities are most easily tracked. However, it isn’t all plain sailing for the pirate hunters.

Last December we reported on the case of Lingfu Zhang, an Oregan resident accused by the makers of the 2015 drama film Fathers & Daughters (F&D) of downloading and sharing their content without permission. While these kinds of cases often disappear, with targets making confidential settlements to make a legal battle go away, Zhang chose to fight back.

So, if F&D no longer held the right to distribute the movie online, suing for an infringement of those rights would be impossible. With this in mind, Zhang’s attorney moved for a summary judgment in his client’s favor.

“Defendant argues that F&D has alienated all of the relevant rights necessary to sue for infringement under the Copyright Act.”

In response, F&D argued that they still held some rights, including the right to exploit the movie on “airlines and oceangoing vessels” but since Zhang wasn’t accused of being on either form of transport when the alleged offense occurred, the defense argued that point was moot.

Judge Michael H. Simon handed down his decision yesterday and it heralds bad news for F&D and celebration time for Zhang and his attorney. In a 17-page ruling first spotted by Fight Copyright Trolls, the Judge agrees that F&D has no standing to sue.

Citing the Righthaven LLC v. Hoehn case from 2013, the Judge notes that under the Copyright Act, only the “legal or beneficial owner of an exclusive right under a copyright” has standing to sue for infringement of that right.

Judge Simon notes that while F&D claims it is the ‘legal owner’ of the copyright to the Fathers & Daughters movie, the company “misstates the law”, adding that F&D also failed to present evidence that it is the ‘beneficial owner’ of the relevant exclusive right. On this basis, both claims are rejected.

The Judge noted that the exclusive rights to the movie were granted to a company called Vertical Entertainment which received the exclusive right to “manufacture, reproduce, sell, rent, exhibit, broadcast, transmit, stream, download, license, sub-license, distribute, sub-distribute, advertise, market, promote, publicize and exploit” the movie in the United States.

An exclusive license means that ownership of a copyright is transferred for the term of the license, meaning that Vertical – not F&D – is the legal owner under the Copyright Act. It matters not, the Judge says, that F&D retained the rights to display the movie “on airlines and ships” since only the transferee (Vertical) has standing to sue and those locations are irrelevant to the lawsuit.

“Under the Copyright Act, F&D is not the ‘legal owner’ with standing to sue for infringement relating to the rights that were transferred to Vertical through its exclusive license granted in the distribution agreement,” the Judge writes.

Also at issue was an undated document presented by F&D titled Anti-Piracy and Rights Enforcement Reservation of Rights Addendum. The document, relied upon by F&D, claimed that F&D is authorized to “enforce copyrights against Internet infringers” including those that use peer-to-peer technologies such as BitTorrent.

However, the Judge found that the peer-to-peer rights apparently reserved to F&D were infringing rights, not the display and distribution (exclusive rights) required to sue under the Copyright Act. Furthermore, the Judge determined that there was no evidence that this document existed before the lawsuit was filed. Zhang and his attorney previously asserted the addendum had been created afterwards and the Judge agrees.

“F&D did not dispute that the undated anti-piracy addendum was created after this lawsuit was filed, or otherwise respond to Defendant’s standing argument relating to the untimeliness of this document,” the Judge notes.

“Accordingly, because the only reasonable inference supported by the evidence is that this document was created after the filing of this lawsuit, it is not appropriate to consider for purposes of standing.”

So, with Vertical Entertainment the only company with the right to sue, could they be added to the lawsuit, F&D asked? Citing an earlier case, the Judge said ‘no’, noting that “summary judgment is not a procedural second chance to flesh out inadequate pleadings.”

With that, Judge Simon granted Lingfu Zhang’s request for summary judgment and dismissed F&D’s claims for lack of standing.

As noted by Fight Copyright Trolls, the movie licensing scheme employed by F&D is complex and, given the fact that notorious copyright troll outfit Guardaley is involved (Guardaley filed 24 cases in eight districts on behalf of F&D), it would be interesting if legal professionals could dig deeper, to see how far the rabbit hole goes.

The summary judgment can be found here (pdf)

from TorrentFreak http://ift.tt/2DgaQKH
via IFTTT
Posted by papampi at 9:30 AM