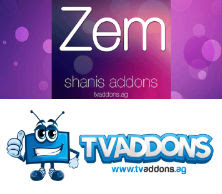 In a complaint filed in a federal court in Texas, add-on ZemTV and the TVAddons library were accused of copyright infringement. As a result, both are facing up to $150,000 in damages for each offense.

While the case was filed in Texas, neither of the defendants live there, or even in the United States. The owner and operator of TVAddons is Adam Lackman, who resides in Montreal, Canada. ZemTV’s developer Shahjahan Durrani is even further away in London, UK.

Their limited connection to Texas is reason for the case to be dismissed, according to the legal team of the two defendants. They are represented by attorneys Erin Russel and Jason Sweet, who asked the Court to drop the case late last week.

According to their motion, the Texas District Court does not have jurisdiction over the two defendants.

Technically, defendants can be sued in a district they have never been, as long as they “directed actions” at the state or its citizens.

According to Dish, this is the case here since both defendants made their services available to local residents, among other things. However, the defense team argues that’s not enough to establish jurisdiction in this case.

“Plaintiff’s conclusory allegation that Lackman and Durrani marketed, made available, and distributed ZemTV service and the ZemTV add-on to consumers in the State of Texas and the Southern District of Texas is misleading at best,” the attorneys write.

If the case proceeds this would go against the US constitution, violating the defendants’ due process rights. Whether the infringement claims hold ground or not, Dish has no right to sue, according to the defense.

“Defendants are citizens of Canada and Great Britain and have not had sufficient contacts in the State of Texas for this Court to exercise personal jurisdiction over them. To do so would violate the Due Process Clause of the United States Constitution.”

The Court must now decide whether the case can proceed or not. TorrentFreak reached out to TVAddons but the service wishes to refrain from commenting on the proceeding at the moment.

Previously, TVAddons made it clear that it sees the Dish lawsuit as an attempt to destroy the Kodi addon community. One of the methods of attack it mentioned, was to sue people in foreign jurisdictions.

“Most people don’t have money lying around to hire lawyers in places they’ve never even visited. This means that if a company sues you in a foreign country and you can’t afford a lawyer, you’re screwed even if you did nothing wrong,” TVAddons wrote at the time.

A copy of the motion to dismiss is available here (pdf).

from TorrentFreak http://ift.tt/2AHne4h
via IFTTT
Posted by papampi at 10:15 AM