When the original Torrentz site shut down during the summer of 2016, several copies jumped in to fill its shoes.

The most successful alternative, in terms of traffic, was the elegantly named Torrentz2.eu. Unlike many others, Torrentz2 has always been upfront with its users and never claimed to be an official resurrection.

This approach worked, as millions of users were drawn to the site. However, just before Christmas the site suddenly removed all links to external torrent sites. Instead of a metasearch engine, it turned into a database of torrent metadata, and traffic started to drop off.

As the weeks rolled by, many people thought that the links would never return. While the homepage was updated briefly to promote a freelancer ICO, not much happened. Until this week.

Just as abruptly as the torrent links disappeared last month, they were added again, returning Torrent2 to its former glory. At the time of writing, the site list links to 61,111,077 torrents on 82 domains. 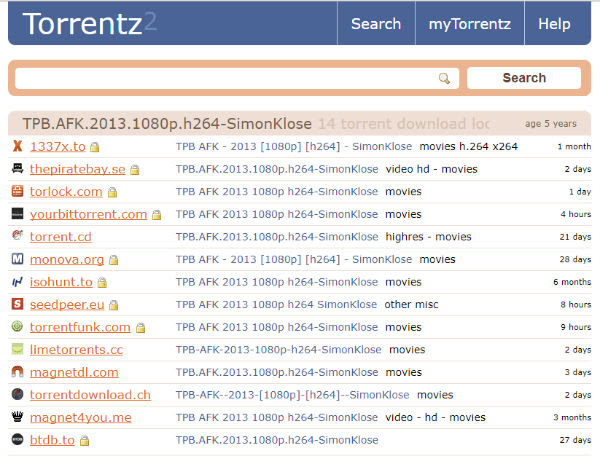 So what happened here?

TorrentFreak reached out to the operator of the site to find out more. He replied, but at the moment he prefers not to comment on the disappearing links incident or the site’s future.

That leaves us with nothing else than speculation really. Perhaps there was a technical error, an operational change, a simple mistake, or outside intervention? We simply don’t know.

The only real conclusion we can draw is that, at least for the casual observer, Torrentz2 appears to be back where it used to be. For now…

from TorrentFreak http://ift.tt/2ATyECg
via IFTTT
Posted by papampi at 7:13 AM