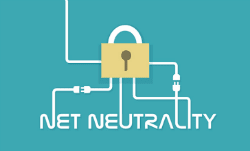 For the past eight years, Austria has been struggling with the thorny issue of pirate site blocking. Local ISPs have put up quite a fight but site blocking is now a reality, albeit with a certain amount of confusion.

After a dizzying route through the legal system, last November the Supreme Court finally ruled that The Pirate Bay and other “structurally-infringing” sites including 1337x.to and isohunt.to can be blocked, if rightsholders have exhausted all other options.

The Court based its decision on the now-familiar BREIN v Filmspeler and BREIN v Ziggo and XS4All cases that received European Court of Justice rulings last year. However, there is now an additional complication, this time on the net neutrality front.

After being passed in October 2015 and coming into force in April 2016, the Telecom Single Market (TSM) Regulation established the principle of non-discriminatory traffic management in the EU. The regulation still allows for the blocking of copyright-infringing websites but only where supported by a clear administrative or judicial decision. This is where T-Mobile sees a problem.

In addition to blocking sites named specifically by the court, copyright holders also expect the ISP to block related platforms, such as clones and mirrors, that aren’t specified in the same manner.

So, last week, after blocking several obscure Pirate Bay clones such as proxydl.cf, the ISP reported itself to the Austrian Regulatory Authority for Broadcasting and Telecommunications (RTR) for a potential net neutrality breach.

“It sounds paradoxical, but this should finally bring legal certainty in a long-standing dispute over pirate sites. T-Mobile Austria has filed with regulatory authority RTR a kind of self-report, after blocking several sites on the basis of a warning by rights holders,” T-Mobile said in a statement.

“The background to the communication to the RTR, through which T-Mobile intends to obtain an assessment by the regulator, is a very unsatisfactory legal situation in which operators have no opportunity to behave in conformity with the law.

“The service provider is forced upon notification by the copyright owner to even judge about possible copyright infringements. At the same time, the provider is violating the principle of net neutrality by setting up a ban.”

T-Mobile says the problem is complicated by rightsholders who, after obtaining a blocking order forcing named ISPs to block named pirate sites (as required under EU law), send similar demands to other ISPs that were not party to court proceedings. The rightsholders also send blocking demands when blocked sites disappear and reappear under a new name, despite those new names not being part of the original order.

According to industry body Internet Service Providers Austria (ISPA), there is a real need for clarification. It’s hoped that T-Mobile reporting itself for a potential net neutrality breach will have the desired effect.

“For more than two years, we have been trying to find a solution with the involved interest groups and the responsible ministry, which on the one hand protects the rights of the artists and on the other hand does not force the providers into the role of a judge,” complains Maximilian Schubert, Secretary General of the ISPA.

“The willingness of the rights holders to compromise had remained within manageable limits. Now they are massively increasing the pressure and demanding costly measures, which the service providers see as punishment for them providing legal security for their customers for many years.”

ISPA hopes that the telecoms regulator will now help to clear up this uncertainty.

“We now hope that the regulator will give a clear answer here. Because from our point of view, the assessment of legality cannot and should not be outsourced to companies,” Schubert concludes.

from TorrentFreak http://ift.tt/2DZx5YV
via IFTTT
Posted by papampi at 11:25 AM