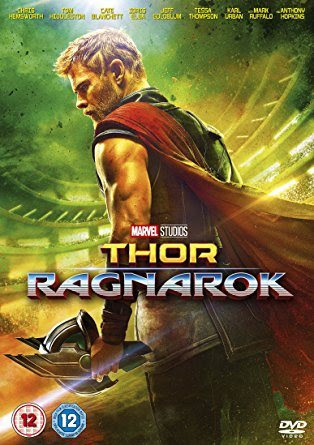 When perfect copies of movies leak out onto the Internet in advance of their official release dates, there’s usually an element of skullduggery at play.

This can sometimes involve people intercepting, stealing, or borrowing DVD screener discs, for example. However, other problems can unexpectedly raise their heads.

Case in point – the pre-release leak of Marvel’s Thor Ragnarok this past weekend.

With a disc release planned for February 26th just four months after the superhero movie’s theatrical debut, digital distribution on iTunes was set to go ahead on February 19th.

However, due to what appears to be a significant blunder at Apple, the $180 million movie is now being furiously pirated all over the Internet. A small sample of the latest leak (all releases with an upload date of ‘today’) can be seen in the screenshot below, sourced from The Pirate Bay.

Plenty of choice for pirates…. 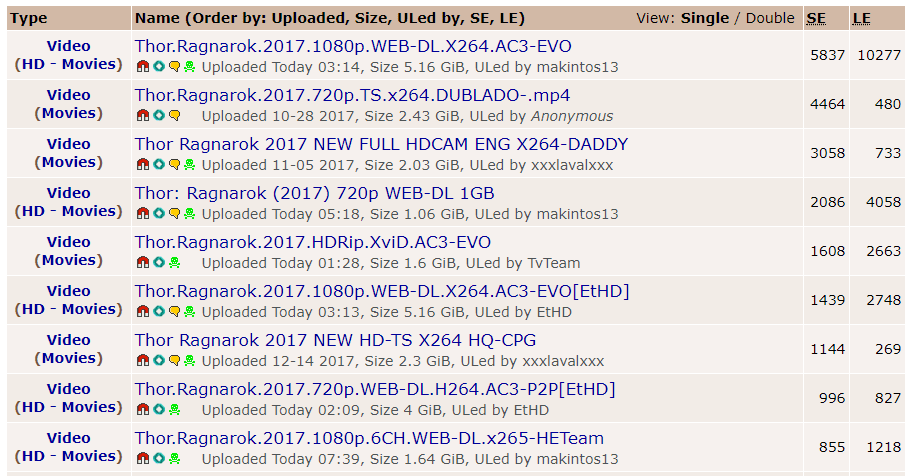 So what went wrong? According to a user on Reddit who has since deleted his post, a legal pre-order purchase was incorrectly made available for download a month early.

“I pre-ordered Thor Ragnarok on Vudu yesterday and it links it to my iTunes also,” the user explained.

“But curiously it showed up in my iTunes library this morning (pre-orders shouldn’t). And now I can watch the full movie in HD. I obviously downloaded it right away. I know its supposed to come out February 20th.”

The precise mechanism behind the movie incorrectly appearing on iTunes isn’t clear but the user reported that he didn’t buy it on the platform. Instead, he purchased the 4K version on Vudu, which was linked to his MoviesAnywhere account, which was in turn linked to iTunes.

For anyone unaware, MoviesAnywhere is a completely free service that allows people to watch their iTunes, Vudu, Google Play and Amazon movies in one place, on Apple, Android, Roku, Amazon and Chromecast devices.

Shortly after, other users noted that after purchasing the movie using the same process, they achieved the same result.

“Just tried the same way as you and it is now available for viewing on iTunes,” one reported.

Of course, one can’t simply share iTunes movies with others online but there are people out there prepared to put in the effort to make that possible. Release group ‘EVO’, which has the most popular torrent of Thor Ragnarok out there at the moment, took the time to explain the headaches it gave them.

“More than 10 hours working in a way to remove this fucking protection finally come to a end,” the group said.

“Casualties: 1 account banned. Lol. But it was worth it. Enjoy fellas. Have a good weekend. No VIP required. No pennies needed. All free.”

From a piracy perspective, illegal downloads are now metaphorically flying off the shelves. It won’t be what Marvel wanted so getting to the bottom of who is to blame will now be a top priority.

from TorrentFreak http://ift.tt/2rwy5Pn
via IFTTT
Posted by papampi at 12:23 AM