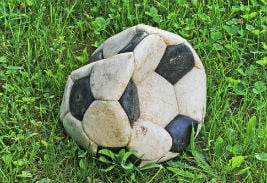 In many parts of the world football, or soccer as some would call it, is the number one spectator sport.

The English Premier League, widely regarded as one the top competitions, draws hundreds of millions of viewers per year. Many of these pay for access to the matches, but there’s also a massive circuit of unauthorized streams.

The Football Association Premier League (FAPL) has been clamping down on these pirate sources for years. In the UK, for example, it obtained a unique High Court injunction last year, which requires local Internet providers to block streams as they go live.

In addition, the organization has also filed legal action against a hosting provider through which several live sports streaming sites are operating. The case in question was filed in the Netherlands where Ecatel LTD, a UK company, operated several servers.

According to the complaint, Ecatel hosted sites such as cast247.tv, streamlive.to and iguide.to, which allowed visitors to watch live Premier League streams without paying.

As the streaming platforms themselves were not responsive to takedown requests, the Premier League demanded action from their hosting provider. Specifically, they wanted the company to disconnect live streams on their end, by null-routing the servers of the offending customer.

This week the Court of The Hague issued its judgment, which is a clear win for the football association.

The Court ruled that, after the hosting company receives a takedown notice from FAPL or one of its agents, Ecatel must disconnect pirate Premier League streams within 30 minutes.

“[The Court] recommends that, after 24 hours of service of this judgment, Ecatel cease and discontinue any service used by third parties to infringe the copyright to FAPL by promptly but no later than 30 minutes after receipt of a request to that end,” the verdict reads.

The ban can be lifted after the game has ended, making it a temporary measure similar to the UK Internet provider blockades. If Ecatel fails to comply, it faces a penalty of €5,000 for each illegal stream, to a maximum of € 1,500,000.

While the order is good news for the Premier League, it will be hard to enforce, since Ecatel LTD was dissolved last year. Another hosting company called Novogara was previously linked with Ecatel and is still active, but that is not mentioned in the court order.

This means that the order will mostly be valuable as a precedent, especially since it goes against an earlier order from 2015. This warrants a closer look at how the Court reached its decision.

In its defense, Ecatel had argued that an obligation to disconnect customers based on a takedown notice would be disproportionate and violate its entrepreneurial freedoms. The latter is protected by the EU Charter of Fundamental Rights.

The Court, however, highlights that there is a clash between the entrepreneurial rights of Ecatel and the copyrights of FAPL in this case. This requires the Court to weigh these rights to see which prevails over the other.

According to the verdict, the measures Ecatel would have to take to comply are not overly costly. The company already null-routed customers who failed to pay, so the technical capabilities are there.

Ecatel also argued that disconnecting a server could affect legal content that’s provided by its customers. However, according to the Court, Ecatel is partly to blame for this, as it does business with customers who seemingly don’t have a proper takedown process themselves. This is something the company could have included in their contracts.

As a result, the Court put the copyrights of FAPL above the entrepreneurial freedom rights of the hosting provider.

The second right that has to be weighed is the public’s right to freedom of expression and information. While the Court rules that this right is limited by the measures, it argues that the rights of copyright holders weigh stronger.

“Admittedly, this freedom [of expression and information] is restricted, but according to the order, this will only apply for the duration of the offending streams. Furthermore, as said, this will only take place if the stream has not already been blocked in another way,” the Court writes.

If any legal content is affected by the measures then the offending streaming platform itself will experience more pressure from users to deal with the problem, and offer a suitable takedown procedure to prevent similar problems in the future, the Court notes.

TorrentFreak reached out to FAPL and Ecatel’s lawyers for a comment on the verdict but at the time of writing we haven’t heard back.

The verdict appears to be a powerful precedent for copyright holders. Kim Kuik, director of local anti-piracy group BREIN, is pleased with the outcome. While BREIN was not involved in this lawsuit, it previously sued Ecatel in another case.

“It is a good precedent. An intermediary like Ecatel has its accountability and must have an effective notice and take down procedure,” Kuik tells TorrentFreak.

“Too bad it wasn’t also against the people behind Ecatel, who now can continue using another vehicle. The judge thinks this verdict serves a warning to them. Time will tell if that is so.”

from TorrentFreak http://ift.tt/2GjhOAs
via IFTTT
Posted by papampi at 12:43 AM