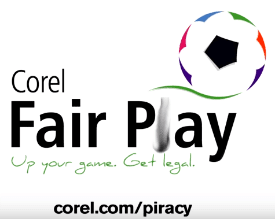 In recent years we have covered a wide range of newly-assigned patents with a clear anti-piracy angle.

Today we add another newly-awarded patent from software vendor Corel to the list. Known for its signature CorelDRAW and WinZIP software, the company has quite a bit of experience with sketchy pirates. This has cost a lot of money over the years, Corel claims.

“Software piracy has become a financial burden to the software industry as well. Popular software programs, sold in the tens or hundreds of millions, may have pirated versions numbering in the millions,” the company writes.

The software company notes that current anti-piracy tools are often easy to break or bypass, which makes them inadequate. In their patent, titled: “Software product piracy monetization process,” they, therefore, take a different approach.

Instead of blocking pirates outright, Corel proposes to engage with these people more directly. By sending a message in the form of a pop-up, for example. 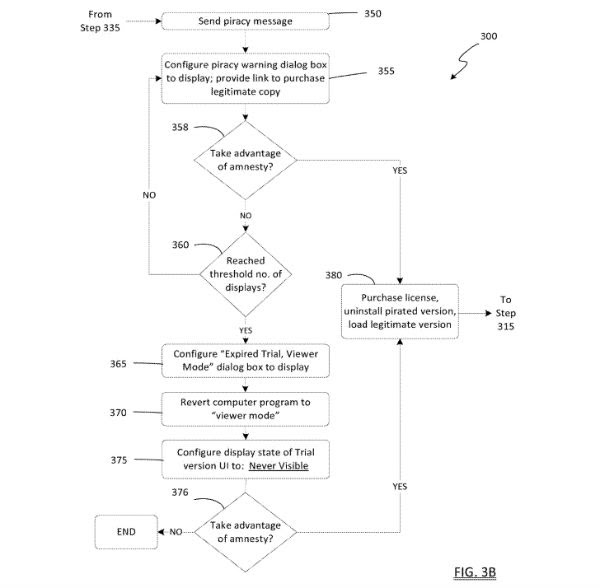 If someone is running a product with an invalid serial, he or she can be informed by the software. This can be a friendly note, but also one that threatens criminal charges unless the pirate agrees to an amnesty deal.

This creates a win-win situation where the pirate escapes prison and the publisher is paid, so to speak.

“The amnesty offer may, for example, agree not to bring criminal charges in exchange for the user purchasing a legitimate copy of the product,” Corel writes.

“In this manner, the user of the pirated version is given the opportunity to purchase a legitimate copy which, if acted on, increases revenue for the manufacturer.”

While the patent was recently awarded, the idea to monetize piracy in this way isn’t new. In fact, Malwarebytes has sent messages to pirating users for years, and also offered them amnesty and a free upgrade in the past.

Whether Corel has any intentions of implementing their own idea is yet unknown.

from TorrentFreak http://ift.tt/2CIP1q5
via IFTTT
Posted by papampi at 12:58 PM