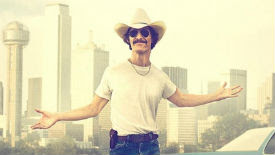 The copyright holders of Dallas Buyers Club have sued thousands of BitTorrent users over the past few years.

The film company first obtains the identity of the Internet account holder believed to have pirated the movie, after which most cases are settled behind closed doors.

It doesn’t always go this easily though. A lawsuit in an Oregon federal court has been ongoing for nearly three years but in this case the defendant was running a Tor exit node, which complicates matters.

Tor is an anonymity tool and operating a relay or exit point basically means that the traffic of hundreds or thousands of users hit the Internet from your IP-address. When pirates use Tor, it will then appear as if the traffic comes from this connection.

The defendant in this lawsuit, John Huszar, has repeatedly denied that he personally downloaded a pirated copy of the film. However, he is now facing substantial damages because he failed to respond to a request for admissions, which stated that he distributed the film.

Not responding to such an admission means that the court can assume the statement is true.

“An admission, even an admission deemed admitted because of a failure to respond, is binding on the party at trial,” Dallas Buyers Club noted in a recent filing, demanding a summary judgment.

Huszar was represented by various attorneys over the course of the lawsuit, but when the admissions were “deemed admitted” he was unrepresented and in poor health.

According to his lawyer, Ballas Buyers Club is using this to obtain a ruling in its favor. The film company argues that the Tor exit node operator admitted willful infringement, which could cost him up to $150,000 in damages.

The admissions present a serious problem. However, even if they’re taken as truth, they are not solid proof, according to the defense. For example, the portion of the film could have just been a trailer.

In addition, the defense responds with several damaging accusations of its own.

According to Huszar’s lawyer, it is unclear whether Dallas Buyers Club LLC has the proper copyrights to sue his client. In previous court cases in Australia and Texas, this ownership was put in doubt.

“In the case at bar, because of facts established in other courts, there is a genuine issue as to whether or not DBC owns the right to sue for copyright infringement,” the defense writes.

As licensing constructions can be quite complex, this isn’t unthinkable. Just last week another U.S. District Court judge told the self-proclaimed owners of the movie Fathers & Daughters that they didn’t have the proper rights to take an alleged pirate to trial.

Another issue highlighted by the defense is the reliability of witnesses Daniel Macek and Ben Perino. Both men are connected to the BitTorrent tracking outfit MaverickEye, and are not without controversy, as reported previously.

“[B]oth parties have previously been found to lack the qualifications, experience, education, and licenses to offer such forensic or expert testimony,” the defense writes, citing a recent case.

Finally, the defense also highlights that given the fact that Huszar operated a Tor exit-node, anyone could have downloaded the film.

The defense, therefore, asks the court to deny Dallas Buyers Club’s motion for summary judgment, or at least allow the defendant to conduct additional discovery to get to the bottom of the copyright ownership issue.

from TorrentFreak http://ift.tt/2DEoo2U
via IFTTT
Posted by papampi at 1:23 PM