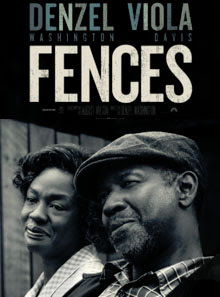 Christmas 2015 was a somewhat epic time for pirates with a cascade of high-quality screener copies of movies leaking onto the Internet. But while that period went with a bang, 2016 went with a whimper.

Over the recent festive period, not one English language screener copy of a movie appeared online. Considering the banquet in the same period the previous year, that was quite a turnaround. While reasons are almost always tough to pinpoint, it’s likely that Hollywood has toughened up its security.

Nevertheless, it remains impossible to cover every angle, something that became evident during the past few hours when the first screener leak of 2017 hit the Internet. It’s Denzel Washington’s Fences, a film set in the 1950s about a former baseball player turned garbageman.

Fences enjoyed a Christmas Day release in the United States and currently has no ‘street date’ for DVD or Blu-ray. Last night, however, a copy ripped from a screener leaked online and rapidly spread. It was a P2P release, meaning that it was released onto peer-to-peer networks first, rather than a more structured ‘scene’ offering.

The quality of the release isn’t pristine like many of the screeners released last year, but downloaders are commenting that while HD would’ve been nice, the copy is perfectly watchable with decent audio. It weighs in at just over 2GB.

Another issue worthy of comment is the presence every now and again of a watermark with identifies this leak as coming from Paramount Studios. The mark states clearly that this is an awards screener so therefore should’ve never been leaked to the public.

The group to gain the most traction early on with the release are known as UnKnOwN. In search of more information, TorrentFreak caught up with Bob UnKnOwN and separately a group spokesman.

However, they both told us that at this time they prefer to remain tight-lipped, stating that they don’t want to brag about the group’s releases or make any additional comment, right now at least. There is some information in the group’s NFO file that leaves some room for excitement, however. Noting that the source for this release was a person or group known only as “Mr. Miyagi”, UnKnOwN sign off with a tease of “More to come,” indicating that this screener leak probably won’t be the last.

The leak of Fences comes on the heels of an announcement late December by 2015’s most successful screener release group, Hive-CM8. Noting that it didn’t want to release content before it appeared in cinemas, the group hinted that January might be the month to watch.

from TorrentFreak http://ift.tt/2iKgs69
via IFTTT
Posted by papampi at 1:49 AM