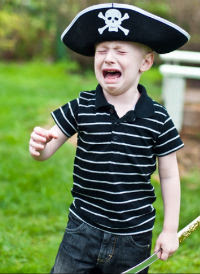 Just before Christmas, the Federal Court in Australia ordered The Pirate Bay and several other sites to be blocked by ISPs. Completely unsurprisingly, the first iteration of the block was defeated within minutes, much to the joy of anti-censorship advocates.

It’s often said that the Internet views censorship as damage, so it routes around it. But, branding site-blocking as an ineffective anti-piracy tool is probably missing the point.

Whatever reputation they may have built online, rightsholders and their anti-piracy partners are rarely naive, and few think that site-blocking alone will solve their problems. Indeed, most of them know that blocking is just one small weapon in their increasingly diverse anti-piracy arsenal.

While never is a long time, piracy is not going away anytime soon. However, making the practice frustrating is achievable, particularly when targeting inexperienced “new recruits” to the pastime. Even when armed with a VPN, merely visiting an established site is not as easy as it once was.

For example, thanks to seizures, sites are now more prone to jumping to new domains. If that happens abruptly, even long-standing users of those sites may not immediately know where the new site can be found. And then, even when word begins to spread, questions are raised over the authenticity of the site at the new domain. Is it real? Is it an imposter? Is it some kind of trap? While experienced users will tend to find out the truth, casual users can have their confidence undermined.

At the same time, not all domain changes are involuntary. Thanks to Google’s downranking of domains for which it receives lots of DMCA takedown notices, pirate sites often choose to migrate to a fresh domain name of their own accord, to one that is yet to feel the effects of Google’s efforts. Even when controlled, these domain switches have a destabilizing effect among users, especially those sensitive to change.

So, like domain blocking, DMCA notices are often seen as merely a drop in the ocean when it comes to tackling rapidly reappearing “whac-a-mole” content. But as the need to domain-hop illustrates, they are all part of the frustration effort.

Equally, simply visiting pirate sites used to be a relatively painless experience but lately, things have been going a little downhill. Sure, the quality of advertising has often left plenty of room for improvement, but these days the situation with junk ads is getting worse. On some sites it has become absolutely unbearable.

While some might blame site operators for this decline (and some are indeed guilty), the problem is largely down to rightsholders tightening the noose on companies prepared to advertise on pirate sites. Continuous pressure means that sites have fewer options, resulting in a decline in quality and an increase in the annoyance factor.

Of course, any visitor can use a decent adblocker to make their experience a bit better, but that deprives sites of revenue. Make no mistake, with their “follow the money” approach, that’s what rightsholders want. It’s just another way of chipping away at the ecosystem.

So, while site-blocking can be neutralized with VPNs and DNS tweaks, there’s no mechanism to stop sites having their brands undermined by domain-hopping, whether caused by seizures, unofficial clones, or efforts to get better search rankings. Equally, junk ads can be eliminated with something like uBlock Origin, but that deprives sites of revenue.

Clearly, none of these measures are good enough to hit piracy hard enough to kill it, but the barriers to entry are being raised. In addition to a fast broadband service, a decent VPN provider is now almost essential for many file-sharers, whether that’s for circumventing blockades or avoiding those pesky sharing warnings.

Equally, keeping on top of the latest news, changes, developments, and domain switches can be a time-consumer in itself. That certainly wasn’t the case ten years ago. And if that isn’t enough, running the junk ad gauntlet requires a skill set all of its own, one that can potentially affect all sites running in a browser, whether they’re guilty of bad behavior or not.

Somewhat inevitably, all this can lead to frustration if not sheer confusion. Is a site failing to load because it’s been raided? Because it’s been blocked? Because my VPN isn’t working? Because I’ve accidentally flicked the wrong ad-blocker? Or maybe a combination of them all – where do I start?

Experienced file-sharers probably won’t have a major problem overcoming these issues but for new-comers, the situation is less straightforward. In any event, for many people mainstream web-based piracy definitely isn’t as convenient as it once was. No wonder modded-Kodi setups and other IPTV solutions are gaining in popularity.

And so the cycle continues……..

from TorrentFreak http://ift.tt/2iThq2Q
via IFTTT
Posted by papampi at 5:55 AM