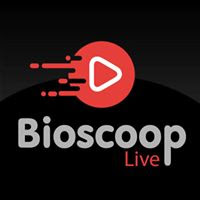 In the present day and age, online piracy is perhaps more scattered than it’s ever been.

But, the piracy problem is not restricted to ‘shady’ sites and services alone. On many ‘legal’ platforms there’s a wide availability of copyright infringing material as well, Facebook included.

While anyone can casually post an infringing video or song on Facebook, there are some who dedicate entire pages to it. This was also the case for the Dutch page “LiveBioscoop” (LiveCinema) which was started by a 23-year-old man from Rotterdam.

As the name suggests, the page regularly streamed movies online with help from Facebook’s own live streaming service. In a relatively short period, it amassed over 25,000 followers who could regularly vote on which movies the ‘cinema’ should stream next.

The site’s popularity spilled over to the Dutch press last week, with the AD reporting on the unusual activity of LiveBioscoop and a similar page, Livebios. Commenting on the issue, anti-piracy group BREIN said they would investigate the issue, and not without result.

The operator of the Facebook page was quickly confronted by the anti-piracy group. Facing an ex-parte court order from a local court, the man agreed to stop the infringing activities and sign a settlement of €7,500. While the Facebook page itself is still online, infringements have stopped.

Commenting on the issue, BREIN director Tim Kuik says that they decided to go to court straight away, due to the gravity of the issue.

“This is just stealing revenue from cinemas and rightsholders. It has to end as soon as possible. That is why we have opted for an ex parte injunction with a penalty, instead of first issuing a summons,” Kuik says.

The other ‘pirate cinema’ on Facebook wasn’t mentioned by BREIN, but is no longer available at the time of writing. It seems likely that the operator of this page decided to stop voluntarily to avoid further problems.

Instead of simply cracking down on all these pages, copyright holders could also learn from them. As it turns out, many LiveBioscoop users sincerely enjoyed and appreciated the social cinema visit, which may prove to be an interesting opportunity.

“LiveBioscoop has to stay. It feels better and is more fun that way. People can talk. Netflix is just like, I watch a movie and that was it. Since I found LiveBioscoop I no longer watched Netflix movies,” one follower commented.

While this is the first time that we have seen a settlement with a Facebook live streamer, movie piracy is relatively common on the social network. There still are dozens, if not hundreds of popular pages dedicated to pirated movies and TV-shows.

from TorrentFreak http://ift.tt/2k88QeZ
via IFTTT
Posted by papampi at 1:17 AM