UK ‘Piracy Warnings’ Are Coming This Month; Here’s How it Works 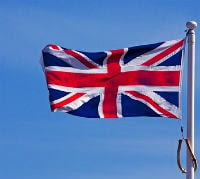 In an effort to curb online piracy, the movie and music industries reached an agreement with the UK’s leading ISPs to send “educational alerts” to alleged copyright infringers.

The piracy alerts program is part of the larger Creative Content UK (CCUK) initiative which already introduced several anti-piracy PR campaigns, targeted at the general public as well as the classroom.

The plan to send out email alerts was first announced several years ago and is about to kick off. According to ISPReview the first providers will start sending out emails later this month.

The four ISPs who are confirmed to be participating are BT, Sky, TalkTalk and Virgin Media, but other providers could join in at a later stage. Thus far CCUK hasn’t announced a lot of detail or specifics on how the program will operate exactly, but here’s what TorrentFreak has learned so far.

What will be monitored?

The “alerts” system will only apply to P2P file-sharing. In theory, this means that the focus will be almost exclusively on BitTorrent (including apps such as Popcorn Time), as other P2P networks have relatively low user bases.

Consequently, those who use Usenet providers, streaming services (such as 123movies), or file-hosters such as Zippyshare and 4Shared, are not at risk. In other words, the program only covers a part of all online piracy.

A spokesperson from CCUK’s “Get it Right” campaign stressed that the alerts represent only one part of the broader program, which also aims to reach other infringers through its other initiatives.

How many people will be targeted?

The system will apply to everyone whose Internet account has been used to share copyrighted material via P2P networks.

That said, copyright holders and ISPs have agreed to cap the warnings at 2.5 million over three years. This means that only a fraction of all UK pirates will receive a notice.

Some people may also receive multiple notices if their account is repeatedly used to share copyrighted material.

“This ensures that people who might have missed an earlier email receive another one – but also allows time for account holders to take steps to address the issue,” a Get It Right spokesperson informed us.

What’s in the notices?

While the exact language might differ between ISPs, the notices are primarily meant to inform subscribers that their accounts have been used to share infringing material, while pointing them to legal alternatives.

“The purpose is to educate UK consumers about the many sources of legal content available, highlight the value of the UK’s creative industries and reduce online copyright infringement,” we were told.

Who will be monitoring these copyright infringements?

While ISPs take part in the scheme, they will not monitor subscribers’ file-sharing activities. The tracking will be done by third-party company MarkMonitor, who are also the technology partner for the U.S. Copyright Alert System.

This tracking company collects IP-addresses from BitTorrent swarms and sends its findings directly to the Internet providers. The lists with infringing IP-addresses are not shared with any of the rightsholders.

Each ISP will keep a database of the alleged infringers and send them appropriate warnings. In compliance with local laws and the best practices of the Information Commissioner’s Office, recorded infringements will be stored for a limited time.

Will any Internet accounts be disconnected?

There are no disconnections or mitigation measures for repeat infringers under the UK copyright alerts program. Early reports suggested that alleged file-sharers will get up to four warnings after which all subsequent offenses will be ignored.

This is in line with the overall goal of the campaign which is not targeted at the most hardcore file-sharers. The program is mostly focused on educating casual infringers about the legal alternatives to piracy.

Can the monitoring be circumvented?

The answer to the previous questions already shows that users have plenty of options to bypass the program. They can simply switch to other means of downloading, but there are more alternatives.

BitTorrent users could hide their IP-addresses through proxy services and VPNs for example. After the U.S. Copyright Alert Program launched in the U.S. there was a huge increase in demand for this kind of anonymity services.

So how scary are the alerts?

CCUK’s “Get it Right” stresses that the main purpose of the system is to inform casual infringers about their inappropriate behavior and point them to legal alternatives.

The focus lies on education, although the warnings also serve as a deterrent by pointing out that people are not anonymous. For some, this may be enough to cause them to switch to legal alternatives.

All in all the proposed measures are fairly reasonable, especially when compared to other countries where fines and internet connections are on the table. Whether it will be successful is an entirely different question of course.

The Creative Content UK team is confident that they can drive some significant change. Several benchmark measurements were taken prior to the campaign, so its effectiveness can be properly measured once the first results come in.

from TorrentFreak http://ift.tt/2j7hWuo
via IFTTT
Posted by papampi at 5:00 AM