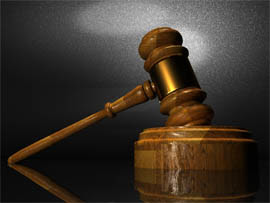 When most country’s copyright laws were first laid down, the Internet simply did not exist. So, when the world-changing network began to develop, the law was often left playing catch-up.

Through various amendments and interpretations, many developed countries have found a way to shoehorn existing legislation to apply to the Internet era. But the fit is rarely perfect and for copyright holders keen to protect their interests, not nearly tight enough to deal with the rise of pirate sites.

Police national coordinator for intellectual property crimes Paul Pintér hopes that any changes will enable police to operate more efficiently in the future.

“If you have a felony, you can get access to a whole new toolkit. In the terms of reference for the inquiry, the government mentions almost all of the points that we have previously proposed,” he told IDG.

Considering the way anti-piracy enforcement has developed over the past several years, few of the suggestions from the police come as a surprise.

At the top of the tree is treating pirate site operators as more than just large-scale copyright infringers. The Justice Department says that due to the manner in which sites are organized and the subsequent development of revenue, treating them as self-contained crime operations may be appropriate.

“With the help of well-organized sites, infringement is made fast, easy, and both openly and more or less anonymous,” says Anna Enbert, legal adviser at the Department of Justice.

“Not infrequently, there is a business motive for the major players, which is roughly comparable to organized crime. This has made infringement more extensive, difficult to investigate, and harmful in relation to both rights holders, consumers, and society at large.”

Like the UK, the current maximum sentence for online copyright infringement in Sweden is two years in prison. The UK is about to boost this to ten years via the Digital Economy Act but in recent years has seen many prosecutions carried out under fraud legislation.

This kind of amendment has caught the eyes of Sweden. By viewing ‘pirate’ sites as platforms for commercial and organized crime, harsher sentences may also become available. Currently, punishments are often limited to fines and suspended sentences.

Also on the table for discussion are domain seizures and site-blocking. In a memorandum submitted to the government last year, Pintér said that websites that violate copyright or trademark law should be blocked by ISPs. Furthermore, while preliminary investigations are underway, domain names should be seized by the authorities.

While specific provisions in law for both blockades and seizures would undoubtedly be welcomed by both police and rightsholders, current law may yet be up to the job. Attempts to seize The Pirate Bay’s domains are still ongoing and ISPs are digging in over demands to block the site. Nevertheless, both could still succeed.

In the meantime, however, the review will press ahead, although not at a speed that pleases the police. IDG notes that the investigation is to presented in February 2018, a time-scale that Paul Pintér finds unacceptable.

“The only thing is, is that the review will take far too long. It should be completed faster than a year,” he concludes.

from TorrentFreak http://ift.tt/2jP8o6Q
via IFTTT
Posted by papampi at 2:37 AM