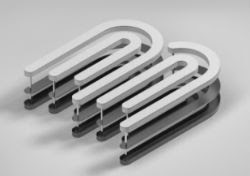 Last Friday it was exactly five years ago that the original Megaupload service was taken offline as part of a U.S. criminal investigation.

Kim Dotcom wanted to use this special date to announce new details about its successor Megaupload 2.0 and the associated Bitcache service. However, minutes before the announcement, something got in the way.

Today, Kim Dotcom, chief “evangelist” of the service, explains what happened. The original idea was to announce a prominent merger deal with a Canadian company that would bring in an additional $12 million in capital.

Megaupload 2.0 and Bitcache already secured its initial investment round last October. Through Max Keiser’s crowdfunding platform Bank to the Future, it raised well over a million dollars from 354 investors in just two weeks.

To bring in more capital, the startup had quietly struck a stock and cash merger deal with a publicly listed company on the Canadian stock exchange, at a $100 million valuation.

This news was supposed to break last Friday, but just minutes before going public the Canadian Securities Exchange got in the way, according to Dotcom.

The Canadian company sent a draft press release of its merger plans to the exchange, which swiftly came back with some objections, effectively blocking the announcement.

“Trading of the stock was halted while waiting for a response. The Exchange demonstrated a bias against the merger and requested further detailed and intrusive information,” a statement released by Dotcom says.

Dotcom doesn’t reveal what the concerns of the Exchange were, but it’s not unlikely that the links to a pending criminal Megaupload case in the United States may play a role.

Megaupload 2.0 and Bitcache put their lawyers on the case, but the company eventually decided to back away from the planned merger.

“Bitcache feels it is important as a technology startup to stay nimble and reduce corporate complexity in favor of technology development. The experience of dealing with the Exchange has only served to encourage that view,” Dotcom’s announcement reads.

While the original plan has been scuppered, Dotcom and his team will now focus on getting the service ready for a first beta release. A proof of concept is scheduled to come out during the second quarter of the year, soon followed by a closed beta.

The first open release is penned for the end of the year according to the current planning, Dotcom informs us.

From what has been revealed thus far, Megaupload 2.0 and the associated Bitcache platform will allow people to share and store files, linking every file-transfer to a bitcoin transaction.

Unlike the original Megaupload, the new version isn’t going to store all files itself. Instead, it plans to use third-party providers such as Maidsafe and Storj.

“Megaupload 2 will be a caching provider for popular files on special high-speed servers that serve the files from ram. Long term storage will mostly be provided by numerous third-party sites that we are partnering with. You can expect more details on January 20,” Dotcom previously told us.

Prospective users who are eager to see what the service has in store have to be patient for a little longer, but Dotcom is confident that it will be a game-changer on multiple fronts.

from TorrentFreak http://ift.tt/2kmlx8G
via IFTTT
Posted by papampi at 1:30 AM