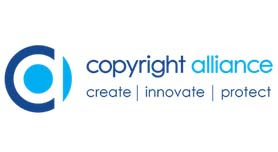 This week marked the five year anniversary of the SOPA/PIPA blackouts, an important occasion for free Internet advocates everywhere.

The event was less well-received by those on the ‘losing’ side, with copyright advocate David Newhoff describing the anti-SOPA campaign as “one of the most effective fake news stories of all time.”

Newhoff is one of the many thousands of members that make up the powerful and growing Copyright Alliance. Formed in 2007 in direct opposition to the EFF, Public Knowledge and Consumer Electronics Association, this anti-piracy group claims to represent the interests of more than 1.8 million creators and 13,000 organizations in the United States.

They include 350 record labels (RIAA), six movie studios (MPAA), two sports leagues including the NBA, not to mention 3,000 music publishers. It is an anti-piracy juggernaut that demands attention.

Interestingly, what happened after the SOPA protests is that rather than hearing fierce anti-piracy rhetoric directly from the likes of the MPAA and RIAA, one was more likely to hear it from Copyright Alliance members, Newhoff in particular.

In many respects, people like Newhoff have become a more common conduit for major copyright holder complaints. Meanwhile, the websites of the MPAA and RIAA have remained largely conflict-free, with the battle at least partially transferred to the Copyright Alliance.

This week the Alliance asked supporters to participate in a survey. The group provided little detail but with a title of “512 Study” it was clearly targeted at section 512 of the Digital Millenium Copyright Act which covers copyright takedown notices and service provider liability.

Reform of the DMCA is a hot topic but it appears that the Copyright Alliance expects copyright holders to be taking down content from the Internet for some time to come. Questions included:

At this point in the survey, it became clear that the Copyright Alliance was guiding respondents towards the notion that the DMCA takedown process can be somewhat laborious, which indeed it may well be. With that in mind, it was no surprise when question 14 asked the following:

The U.S. Government’s Copyright Office is in the middle of a consultation which seeks guidance on the future of the DMCA’s takedown process and safe harbor for service providers.

Groups like the Copyright Alliance want a “takedown, staydown” regime, to ensure that, once deleted, content doesn’t pop up elsewhere. Opponents believe such a mechanism would be impractical and could stifle free speech.

Whatever the outcome, there will still be significant demand for a takedown service, should the Copyright Alliance choose to form one. And, with potentially close to a couple of million creators to represent, it could be very busy indeed.

from TorrentFreak http://ift.tt/2iXDkhs
via IFTTT
Posted by papampi at 11:43 AM