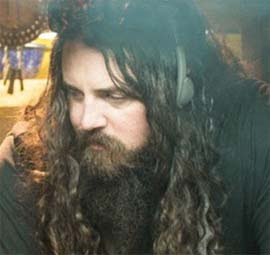 Among most copyright holders and some artists there is an insistence that illegal downloading is tantamount to stealing. A download can result in a lost sale, they argue, thereby depriving creators (or distributors) of revenue.

File-sharers, on the other hand, have their own theories as to what their hobby amounts to. Conclusions vary, from “try before you buy” to satisfying demand unmet by authorized sources. Some merely want content for free but still argue that a copy does not amount to theft.

Director Casey Tebo, on the other hand, strongly disagrees.

Tebo, who has directed live performances for Aerosmith, Mötley Crüe, Judas Priest and Run DMC, believes that piracy is just like stealing. And, after becoming a victim himself, decided to do something about it.

According to the 42-year-old, who won an Emmy for his work on ESPN E:60’s Dream On: The Stories of Boston’s Strongest, the final straw was when he discovered people had been pirating one of his movies.

Tebo wrote and directed 2016 horror movie Happy Birthday and recently discovered that an old friend from school had watched it.

When the director asked where he’d seen it – iTunes, Walmart etc – the guy dropped the bombshell. Someone at work supplied it.

“What do you mean, he brings the DVDs into work?” the director asked. “I don’t know what that means?”

“He gets ’em off, you know, King Torrent, uTorrent, your fucking mother’s torrent, whatever the fuck it is.”

Noting that his movie only had a small budget with just three investors putting in $500K between them, Tebo said that one of his buddies came up with a plot to get revenge.

“You should go to the fuckin grocery store this cat works at and just fuckin steal some shit,” his buddy said. “And, if you get caught by the cops, just say ‘Hey, he steals my shit, why can’t I steal his shit?'”

In a video posted on YouTube, which he describes as a PSA (Pirates Suck Ass), Tebo reveals what happened next. A sped-up clip shows the director ‘shopping’ for $30 worth of ‘free’ ingredients to make a clam chowder. He then leaves the store without paying. Needless to say, Tebo (who apparently was born with six fingers on his right hand) didn’t get away with it.

Someone from the store came out to Tebo’s car after spotting him on the security camera and threatened to call the cops unless he came back and paid.

“Yeah I know, but this is like a really huge chain supermarket,” Tebo protested. Although subtle, this was almost certainly a dig at people who believe that downloading movies from big companies doesn’t hurt them.

“This is a store, you just robbed it,” the worker replied. Then, Tebo revealed his scheme.

“See, the guy who works at your store likes to download the movies and burn ’em and give them to everybody who works there. You have people in your store who are stealing from my industry, so why can’t I just steal from you guys?” he asked.

The store worker was having none of it. “Give me the bags or i’m calling the cops,” he said.

“I just want to know. If you’re the manager of this place and you got guys downloading illegal movies, why can’t I take groceries for free?” he questioned.

Tebo says that he eventually gave the stuff back. He didn’t, however, explain why he thought it was fair to steal from the grocery store when his aim was to get revenge on one of its employees. Maybe this is the real-life equivalent of holding ISPs responsible for Internet pirates, who knows.

The whole bizarre affair is documented below.

from TorrentFreak http://ift.tt/2iEnJbc
via IFTTT
Posted by papampi at 1:29 AM