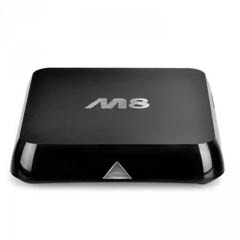 Yesterday an interesting discussion took place on the BBC’s Radio Five. It involved the Federation Against Copyright Theft (FACT), who are the main driving force behind Kodi and IPTV prosecutions in the UK.

As always, it’s worth pointing out that Kodi is a neutral media platform that can be augmented with addons that provide access to infringing content. That is the problem that copyright holders are trying to address.

While broad in scope, one of the main points out of the debate was that copyright holders don’t appear to have much enthusiasm for going after people who use these devices in their own home. On the other hand, they do have an appetite for chasing down box sellers and other players further up the supply chain.

But, according to a lawyer that has successfully prosecuted big piracy cases for FACT, things aren’t always straightforward.

Speaking with Out-Law.com, lawyer Ari Alabhai of QEB Hollis Whitman says that FACT’s tendency to opt for a prosecution under the Fraud Act is partially based on the capacity of a jury to understand the charges.

Fraud can be easier for a jury to understand than the complexities of copyright law, he said, while also noting that such prosecutions have their limitations.

Alabhai, who successfully prosecuted the case against torrent release groups 26K, RemixHD, DTRG and RESiSTANCE, said that showing a conspiracy to defraud is not possible when only one person (such as a box seller) acted alone. In such cases, prosecutors have to try a different approach.

One option involves offences under section 107(2a) of the Copyright, Designs and Patents Act (CDPA).

“A person commits an offense who makes an article specifically designed or adapted for making copies of a particular copyright work..knowing or having reason to believe that it is to be used to make infringing copies for sale or hire or for use in the course of a business,” the section reads.

However, Alabhai told OutLaw that such a prosecution would be very complex and would only be subject to a maximum two-year prison sentence versus the ten years available under the Fraud Act. (Note: this term will be extended to 10 years under the Digital Economy Act)

Another option is the rather intriguing proposition of a prosecution under section 296ZB of the CDPA, which attempts to deal with devices and services designed to circumvent technological measures.

“A person commits an offense if he — in the course of a business — sells or lets for hire, any device, product or component which is primarily designed, produced, or adapted for the purpose of enabling or facilitating the circumvention of effective technological measures,” the section reads.

And we may not have to wait long to discover whether this kind of approach will be successful. The prosecution of UK-based box-seller Brian ‘Tomo’ Thompson looks like it will provide the test case but it’s hardly straightforward and is already in unchartered territory.

According to OutLaw, that case is set to go to trial at Teeside Crown Court in May 2017. Definitely one to watch.

from TorrentFreak http://ift.tt/2iYJYFu
via IFTTT
Posted by papampi at 9:01 AM