TorrentHound Shuts Down, Another Big Torrent Site Bites The Dust

Founded in 2007, TorrentHound.com has been around for nearly a decade.

With millions of visitors per month the site enjoyed a fairly large userbase, but it never reached the status of giants such as The Pirate Bay, Torrentz, and KAT.

That said, copyright holders had no trouble finding the site. Over the years TorrentHound became the target of various industry complaints and the site was blocked in several countries. Nevertheless, it always remained online, until today.

A few hours ago the site’s ‘founder’ sent us an email with an ultra-short message: “Finito.”

A quick look at the website shows that this isn’t a prank. TorrentHound is the latest large torrent site to keel over this year.

At TorrentFreak we have been keeping a close eye on the torrent ecosystem for more than a decade, but never have we seen so many large sites going offline in such a short period.

TorrentHound follows the ‘example’ of KickassTorrents and Torrentz, which went offline in July and August respectively. This means that three sites from our top 10 most-visited torrent sites, are now gone.

Neither Torrentz nor TorrentHound have commented in detail on their surprise shutdowns. However, the fact that they followed shortly after KickassTorrents’ alleged operators were inducted by the U.S. Department of Justice, may not be a total coincidence.

We asked our TorrentHound contact to shed some light on his decision and we will add an update if a response comes in.

TorrentHound, a few days ago 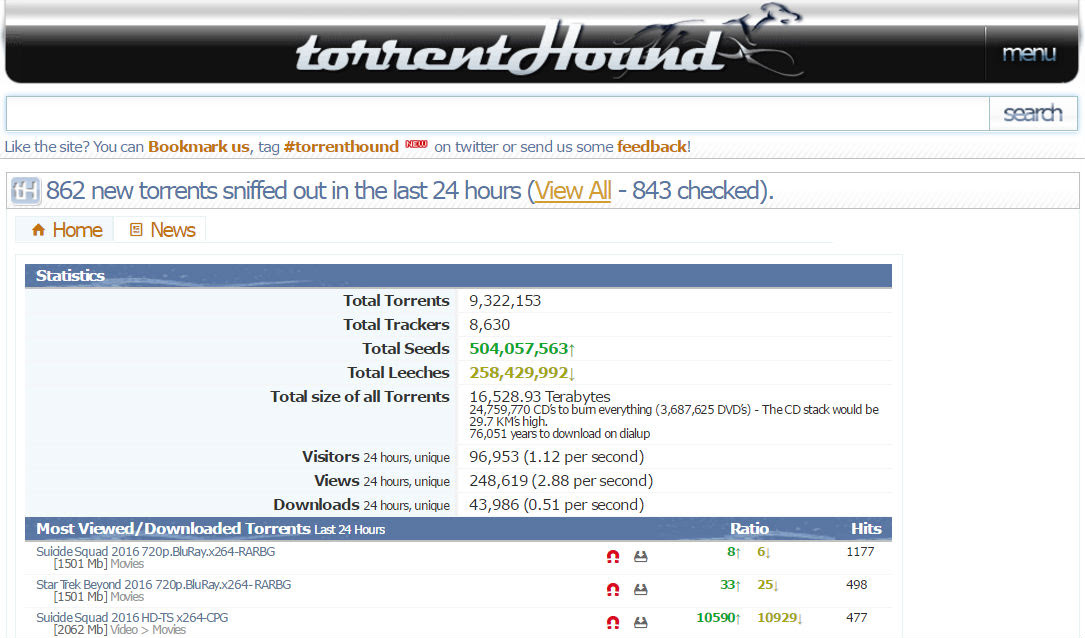 from TorrentFreak http://ift.tt/2cp9TT2
via IFTTT
Posted by papampi at 2:11 AM