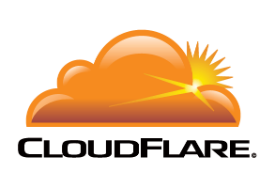 Elsevier is one of the largest academic publishers in the world.

Through its ScienceDirect portal the company controls access to millions of scientific articles spread out over thousands of journals, most of which are behind a paywall.

Not all academics are happy with these restrictions that hamper their work. As a result, hundreds of thousands of researchers are turning to ‘pirate’ sites such as Sci-Hub, Libgen and Bookfi to access papers for free.

Elsevier views these sites as a major threat to its business model and last year it filed a complaint at a New York District Court, accusing the sites’ operators of systematic copyright infringement.

The publisher managed to obtain a preliminary injunction to seize the sites’ domain names. However, the case is still ongoing and the three sites in question continue to operate from new domains.

Over the past several months a lot of media coverage focused on Sci-Hub and its operator Alexandra Elbakyan. However, Elsevier still has no clue who’s behind the other two sites. With help from Cloudflare, it hopes to fill in the gaps.

Earlier this week Elsevier submitted a motion for leave to take discovery (pdf), so it can demand logs and other personally identifiable data about the operators of Libgen and Bookfi from Cloudflare.

Both sites previously used Cloudflare’s CDN services and the publisher is hoping that they still have crucial information on file.

Elsevier already tried to obtain the host IP addresses of the sites through the “Trusted Reporter” program, but Cloudflare replied that it could not share this info for sites that are no longer active on its network.

In addition to contacting Cloudflare, the academic publisher also requested information from Whois Privacy Corp. – the domain registration anonymization service used by both Libgen.org and Bookfi.org – but the company hasn’t responded to these requests at all.

“Elsevier has used all of the tools at its disposal in its attempt to identify the operators of Libgen.org and Bookfi.org,” Elsevier informs the court.

According to Elsevier, a court-ordered discovery subpoena is the only option to move the case forward and identify the defendants behind Libgen and Bookfi.

“As a result, Elsevier has exhausted all other reasonable options and now must now seek this Court’s intervention in order to obtain identifying information concerning John Doe Defendants […] from CloudFlare: a business which has had direct dealings with both Libgen.org and Bookfi.org,” Elsevier adds.

Since neither Libgen not Bookfi are currently using Cloudflare’s services, it remains to be seen whether the company still has the site’s old IP-addresses and other information on file.

On Thursday the court granted Elsevier’s leave to take discovery ordering CloudFlare to save all relevant logs until a final discovery decision is taken. Before that happens, CloudFlare will have a chance to respond to the request.

To leave room for the possible discovery process, Elsevier previously asked for the pretrial hearing to be postponed. It will now take place late October.

Meanwhile, the websites continue serving ‘pirated’ papers and books through their new domain names at golibgen.io, bookfi.net and sci-hub.cc.

from TorrentFreak http://ift.tt/2d2DEhr
via IFTTT
Posted by papampi at 12:36 PM