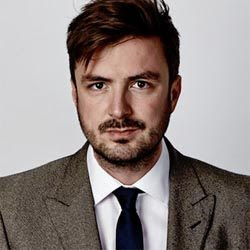 In October 2015, a well-known copyright-trolling outfit announced the launch of the “largest” anti-piracy campaign seen in the UK for years.

German-based monitoring company Maverick Eye said that it had teamed up with London-based Hatton & Berkeley and other key players to target file-sharers with cash settlement demands.

Due to the complexity of the setup, some likened the project to a “smoke and mirrors” operation.

“Hatton and Berkeley stands alongside our colleagues in an international operation that has so far yielded drastic reductions in streaming, torrenting and illegal downloads across Europe,” a company spokesperson said at the time.

According to a Court News report (subscription), 35-year-old Croucher has been appearing in court this week following allegations of a serious assault.

It all began following a night out at the exclusive members-only Raffles club in Chelsea, London, which is frequented by the rich, famous, and Croucher. It is the only nightclub the Queen has ever attended.

After leaving the club, it’s understood that Croucher tried to get into an Uber car but things quickly got out of hand.

According to driver Mohammad Hussain, a woman was the first to get into his vehicle. Croucher is said to have thrown his bag into the car, something which provoked an argument between the pair. Croucher then slammed the door.

“I got out to open the door, and then the gentlemen took the keys from through the window,” Hussain told Hammersmith Magistrates’ court. “He then slapped me.”

Croucher admits hitting Mr Hussain but according to the Uber driver, things got much worse from there.

“I was begging for my keys and he suddenly pushed me on the pavement,” Hussain told the Court.

“He has just kicked me in several parts of my body and head. My head was very swollen, I went to hospital where I stayed for four hours. I went to my GP a few days later and got prescribed antibiotics, it was severe pain.”

This is the third time in as many months Croucher has made the news.

In the House of Lords during July, Lord Lucas advised recipients of threatening letters from Croucher’s Hatton & Berkeley to thrown them away.

“I really urge them to put [their correspondence] in the bin. The current scammers aren’t pursuing anyone [in court] they’re just after threats, and extortion, and shaking people down,” Lord Lucas said.

Then in August, the UK’s Advertising Standards Authority published details of its investigation into claims on Croucher’s personal website that one of his projects had created 10,000 jobs.

The ASA concluded that the claims were misleading and ordered the advertising not to appear again in its current form. Despite the ruling, the claim is still present on the site’s main page.

from TorrentFreak http://ift.tt/2dfsaY9
via IFTTT
Posted by papampi at 1:01 AM