Do Pirates Care if Torrent Sites Turn a Profit? 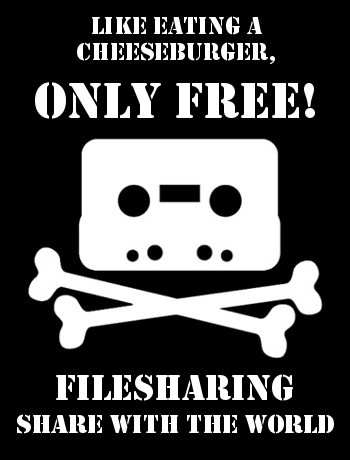 Growing up, I was one of the millions to enjoy Panini soccer stickers. Five to a pack, these collectibles would be placed in a book (at huge cost) until every page had been completed. Well, that was the theory.

In reality, everyone ended up with dozens of duplicate stickers which were traded as quickly as possible with others in the same position. This schoolyard system worked pretty well and not once did anyone consider selling their spares for cash. By 2016 hustler standards that’s pretty naive, but looking back the swapping with friends was probably the best part of the hobby.

The same kind of culture prevailed with digital files in the early 2000s, when file-sharing was still in its infancy. Whether traveling the Wild West of KaZaA or the cooler backwaters of Soulseek, content existed to be shared, not sold. Have some music tracks? Offer them. Need some software? Help yourself. The new magic with P2P over Panini was that people not only got to swap files but were able to keep the originals too.

Of course, there were always people somewhere in the system edging to make money. Sharman Networks, the people behind KaZaA, definitely wanted to make bank. As did the folks behind the more famous LimeWire . At the time these people were largely faceless and no one really cared about their profitability or even their existence. As long as the files kept flowing, of course.

Clearly, some of the mechanisms behind P2P sharing were partly commercialized even in the early days, so when Bram Cohen came along with BitTorrent and gave his creation away for free, that was a truly momentous event. Indeed, he sparked a revolution.

While not even a genius like Cohen could have foreseen the events of the next decade, his technology alongside fledgling public indexes and early private tracker scripts reignited the fires of sharing. Fueled by free software tools, quite a bit of this took place without commercially-motivated overlords taking a cut or making business decisions.

However, with the advent of ratio-based communities a new currency in the form of bandwidth was born. With these artificial restrictions in place, over the next several years sites could be observed moving in different directions, largely due to decisions made by their management.

Some trackers used ratio to form the so-called ‘pay-to-leech’ model, with some continuing to do so now more than a decade later. Others utilized the ratio model in the way it was intended, to improve tracker content libraries, delivery systems, and retention. This delighted sharing-conscious members and the most successful are still around today, held in high regard by their communities.

But whichever route those trackers took, none could escape the economics of running a site. They all cost money to run, simple, and someone had to pay for that. In some cases, staff kept sites alive. In others, users would donate to the cause. It didn’t really matter, as long as the site and the community held together. Somehow, many found a way.

However, in common with some of their public counterparts today, a number (by accident or design) became fully-fledged commercial operations. It was no longer a case of people enthusiastically taking their own files to a digital swap meet. In the main, most of the content was already there.

With content always available, more and more users were attracted to the party. And with the snowball gathering speed, size and momentum, the money-generating options for site operators began to mount up. In time, the fun hobbyist sites often became fairly lucrative roller-coasters that were both exciting and hard to get off.

In the background, however, the sharing purists were furious. Just as they had done a decade earlier, many just wanted to share files, without any commercial overtones. But thanks to the enemies of file-sharers, that was proving increasingly difficult to achieve.

With crackdowns everywhere, sites had become more complex to run. Punishments for doing so were increasing too, so the risks of running a site had to be weighed into the equation. Some siteops were happy with the quiet glory and satisfaction of serving a community. For many others, the risk was mitigated by financial reward.

In the end, keen but non-commercial file-sharers who still wanted to share had to compromise and turn a bit of a blind eye to what was happening upstairs. In that respect, there aren’t many better current and public examples than the one provided by KickassTorrents.

Like many public sites, KickassTorrents was a place where people could go to share their files, just like they had in the old days. They could take files too, even if they had none to give back, with no restrictions. No file provider would get paid and none would be subjected to the anti-sharing environment of a hardcore pay-to-leech ratio system.

Furthermore, thanks to the many volunteers working on the site – the mods, uploaders and general staffers – KAT was a great community where members helped each other for no financial gain. At times it really did seem like the old days were back again and in many ways they were, but behind the scenes the inevitable reality was taking place.

No site of such massive scale could possibly run on fresh air, so even if one dilutes KAT’s claimed advertising revenues ten-fold, large amounts of money were still being made. Indeed, more money than many people see in a lifetime. Whether completely by design or from a reluctance to reign in a runaway successful formula, KAT ultimately became a commercial success.

But no matter what sums were allegedly generated, few people seem to be surprised, much less care, following the site’s demise. After more than a decade and a half of galloping capitalism and increased financial pressures, perhaps only the naive wouldn’t expect people to make a few bucks from the digital equivalent of 1980’s Panini stickers.

For the majority of the site’s users, from those with rose-tinted spectacles to those fully aware of big site economics, the important thing was still the files. Just as they had done in the early 2000s with KaZaA, the files kept flowing on KickassTorrents to the end and no one ever paid a thing.

That someone, somewhere, apparently made a few million from providing a top class service to the masses? Nothing but a footnote.

from TorrentFreak http://ift.tt/2c3N7lh
via IFTTT
Posted by papampi at 1:55 AM