In recent years file-sharers around the world have been threatened with lawsuits, if they don’t pay a significant settlement fee.

These so-called “copyright trolling” efforts have been a common occurrence in countries such as Germany and the United States, and last week they started in Sweden as well.

Rightsholders are targeting thousands of alleged pirates. First, they ask the court for a subpoena to expose the personal details of account holders connected to certain IP-addresses, which they then present to the associated ISPs.

Some Internet providers have been cooperating with these requests, but not all. Most notably, the privacy-oriented ISP Bahnhof is doing everything in its power to prevent its customers from being exposed.

This week the ISP explained how its logging policies are tailored to only allow only requests that are made in criminal cases, not civil claims against BitTorrent users or other alleged file-sharers.

In Sweden, ISPs are required to keep IP-address logs for six months under the Electronic Communications Act (LEK). This legislation allows the authorities to demand this type of data in criminal cases, such as those involving murder and terrorism.

To comply with this requirement, Bahnhof has setup a database of logs which are stored for the minimal required period and can be accessed for these cases only. The regular logs are purged immediately. 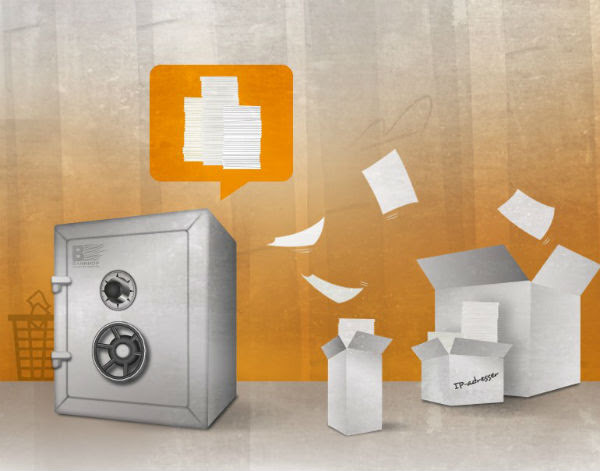 When copyright holders request IP-address details, which they do under the contested IPRED legislation, the ISP simply has nothing to hand over. This is very similar to the non-logging policies of many VPN services.

“We store logs for six months to fight crime, absolutely. But we save everything in a separate system, which is only used for LEK,” Bahnhof CEO Jon Karlung says.

“My impression is that some other operators have their clients’ IP addresses stored in several different places. They then also become more vulnerable to having to disclose data IPRED rules.”

Bahnhof itself has operated like this for years, but now that mass file-sharing cases have landed in Sweden the value of this policy is becoming apparent.

Rightly so, according to the ISP, which says it has found a good way to fend off copyright trolls.

“If all operators stored data the way we do, we would avoid the extortion letters altogether. Because we have the motto ‘Internet privacy’ we are very careful with personal data,” Karlung says.

Bahnhof’s CEO adds that other companies should think more carefully about where data is stored. The more databases there are, the more likely it is that they can be compelled to share subscriber data.

“The more different databases there are, the greater the risk that privacy is compromised,” Karlung adds.

Rick Falkvinge, founder of the Swedish Pirate Party, applauds Bahnhof’s logging policy. He discussed the issue in a recent article and informs TorrentFreak that data retention laws which are supposed to help catch terrorists shouldn’t be used against file-sharers.

“The damage these copyright trolls are doing to society is immeasurable. They were able to get shameless mail-order legislation justified by the war on terror, and are now turning those anti-terrorism laws against defenseless single mothers in order to protect a crumbling entertainment monopoly.

“There is absolutely no reason to tolerate, nor to forgive, this kind of behavior,” he adds

It will be interesting to see whether any of the ISPs currently handing over personal detailed connected to IP-addresses will follow suit and change their policies in the future.

from TorrentFreak http://ift.tt/2c0og5j
via IFTTT
Posted by papampi at 12:36 AM