ISP Trolls Copyright Troll With A Taste of Its Own Medicine 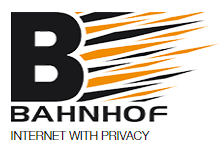 In recent years file-sharers around the world have been ordered to pay significant settlement fees, or face legal repercussions.

These so-called “copyright trolling” efforts have been a common occurrence in several countries, with Sweden one of the latest hunting grounds.

One of the organizations leading the way is Spridningskollen (Distribution Check). Using data gathered by German anti-piracy outfit Excipio, they plan to start by targeting around 1,000 alleged pirates, offering them settlements of around $233 (2,000 kronor).

While many Internet providers don’t put up a real fight to protect their subscribers, privacy conscious Bahnhof is. Not only does Bahnhof delete all logs that could link IP-addresses to alleged infringements, the company is also pushing back in other creative ways.

Previously they accused Spridningskollen of trademark infringement and this week they followed up this threat with a more concrete warning.

Giving the “trolls” a taste of their own medicine, Bahnhof sent them an invoice for the exact amount they also ask from accused pirates, to settle the alleged trademark infringement.

The anti-piracy outfit uses Spridningskollen.se for their website and Bahnhof urges the company to pay up and take it down, or else. 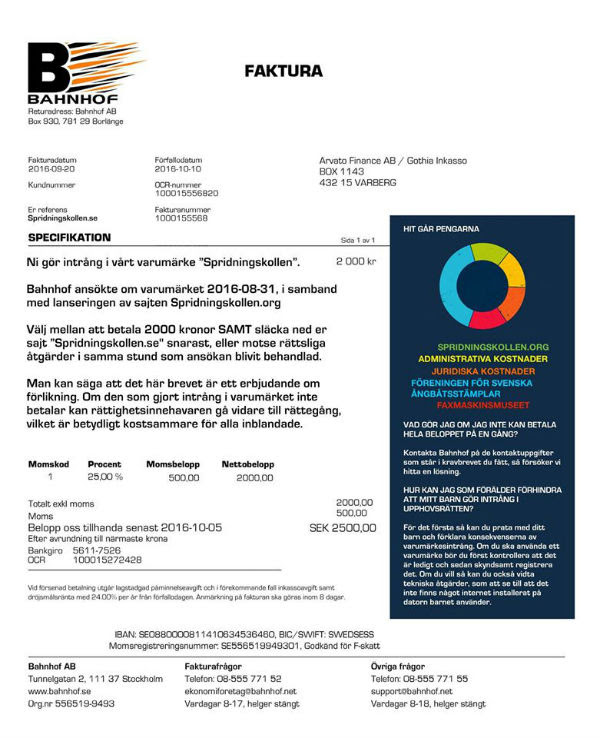 “Choose to pay 2,000 kronor and switch off your site Spridningskollen.se as soon as possible, or face legal action when the trademark application has been processed,” they write.

“You can say that this letter is a settlement offer. If the infringer of the trademark does not pay the rightsholder the case can proceed to trial, which is far more costly for all involved.”

It’s unlikely that the anti-piracy coalition is going to comply voluntarily, as the trademark application can be disputed. Nevertheless, Bahnhof’s provocative approach is refreshing to say the least.

When asked, most ISPs will say that they have the best interests of their subscribers at heart, but very few companies are willing to go above and beyond and highlight possible abuse.

And adding some irony in the mix makes it all the better.

from TorrentFreak http://ift.tt/2dbtAOS
via IFTTT
Posted by papampi at 3:06 AM