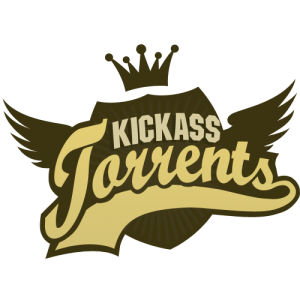 In July, Polish law enforcement officers arrested Artem Vaulin, the alleged founder of KickassTorrents, who’s been held in a local prison since.

Polish authorities acted on a criminal complaint from the U.S. Government, which accused him of criminal copyright infringement and money laundering.

Last month the 30-year-old Ukrainian was indicted together with two co-conspirators, all with ties to Ukraine. While the fate of the other two is unknown, we’ve learned that the U.S. Government has now officially requested Vaulin’s extradition.

TorrentFreak spoke with Vaulin’s U.S. counsel Ira Rothken who informed us that the U.S. sent official notice of the extradition request to Poland this week.

The defense team is still working on getting the paperwork translated back into English so they can respond, but meanwhile they highlight another crucial issue.

Even though nearly two months have passed, the alleged KickassTorrents owner still hasn’t been allowed to meet with his U.S. defense team. A clear due process violation, according to Rothken.

“We still have not had an opportunity, nor have we been granted access, to meet with Artem Vaulin in prison in Poland. So we now believe that this has ripened into an international due process problem.

“We believe that Artem’s rights are now being impacted with his inability to communicate with U.S. counsel,” Rothken tells TF.

While Vaulin is allowed to meet with his Polish lawyer, Rothken stresses that this is not enough, since the case deals with a U.S. indictment, under U.S. law, based on evidence gathered by the United States of America.

“There’s no way that there could be a fair trial in the United States, or a fair extradition process, without Artem being able to have access to U.S. counsel, to learn his rights, to be able to galvanize the evidence, and to do so in a robust and expedient manner,” Rothken tells TF.

This issue doesn’t only apply to the U.S. case, but also affects the extradition process and proceedings, which have just begun.

In recent weeks Vaulin’s defense team have exhausted every option they have to set up a meeting with the U.S. counsel, but all requests have been rejected so far.

“We have gone through all the hurdles that we could possibly go through with the Polish authorities. Right now there’s simply no proper basis for them not to give access, other than the fact that they’re involved in procedural gamesmanship,” Rothken says.

Instead, the defense sees no other option than to raise the issue in court. They plan to do so in the near future and hope to have the case dismissed as a result of these due process problems.

“Right now we think the only remedy can be that when you go ahead and interfere with a U.S. defendant having access to his U.S. counsel, the entire case should be dismissed in the interest of justice,” Rothken concludes.

More news about the due process problems and the extradition process is expected to become available as the case evolves.

from TorrentFreak http://ift.tt/2cLlLBX
via IFTTT
Posted by papampi at 8:40 AM