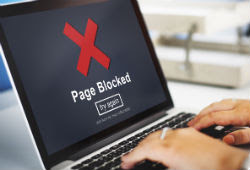 Like many countries around the world, Russia is trying to do what it can to limit Internet piracy. Copyright holders feel that if infringement can be reigned in, the legitimate market will flourish.

In common with the United States and Europe, Russian service providers are expected to remove pirate content when asked to by rights holders. The country also has a streamlined backup system via the courts if service providers won’t comply.

Back in August, Eksmo, a publisher responsible for around 30% of all Russian books, filed a complaint with Yandex, the country’s largest search engine. Through anti-piracy outfit AZAPO, Eksmo complained that Yandex was allowing links to pirated content to appear in its search results.

There were no allegations that Yandex directly hosted any of the pirate material. Eksmo said that unauthorized digital copies of several books were hosted by users of Russia’s most popular torrent site, RuTracker, and that links to those torrents appeared in Yandex’s results.

According to a copy of the complaint obtained by Gazeta, Yandex was given 48 hours to “cease publishing any information necessary to access the forbidden resource rutracker.org.” Yandex did not remove the results.

In response, Eksmo and AZAPO chose to file a copyright complaint with the Moscow City Court. Complaints to this Court kickstart a process through which non-compliant domains can find themselves blocked by local ISPs for an initial period of 14 days before a full case is heard.

Eksmo and AZAPO hoped to set a precedent which would force search engines to remove ‘pirate’ links to RuTracker, a domain already blocked in Russia. It wasn’t to be.

According to a statement obtained by news outlet Vedomosti, the Moscow Court rejected the application for preliminary blocking measures against Yandex, a company with 57.6% of the local search market.

According to a Court spokesperson, the judge found no grounds for issuing a blocking order since Eksmo failed to show that Yandex had violated the rights of the books’ author.

One of the problems with Eksmo’s request was that when examining the evidence, the Court found that the links in Yandex’s search results failed to link to the copyrighted works in question. Ironically, it appears those links may have failed due to the fact that RuTracker is already blocked by all Russian ISPs.

In response to the decision, Yandex spokesperson Vladimir Isayev said that the complaint had only been received from the publisher last week. Furthermore, the RuTracker links referenced in the claim also appear on other search engines and websites. So, following Eksmo’s logic, any site could find itself blocked had the Court ruled in the publisher’s favor.

Finally, Isayev noted that the courts have previously recognized that Yandex is a search engine, not an information broker, and as such cannot affect the accessibility of documents stored elsewhere on the Internet.

And so the battle continues.

from TorrentFreak http://ift.tt/2cmcuOo
via IFTTT
Posted by papampi at 2:00 AM