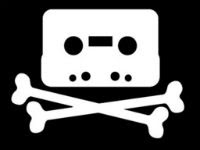 Yesterday the RIAA announced the biggest growth in recorded music sales since the late 1990s, a healthy 8.1% increase compared to the year before.

The record numbers were achieved despite the widespread availability of pirated music. So what happened here? Did all those pirates suddenly grow a conscience?

The answer to this question is partly given by new research published in the journal Risk Analysis.

Researchers from the University of East Anglia, Lancaster University, and Newcastle University found that perceived risk has very little effect on people’s piracy habits. This means that stricter punishments or tough copyright laws are not the answer.

Instead, unauthorized file-sharing (UFS) is best predicted by the supposed benefits of piracy. As such, the researchers note that better legal alternatives are the best way to stop piracy.

The results are based on a psychological study among hundreds of music and ebook consumers. They were subjected to a set of questions regarding their file-sharing habits, perceived risk, industry trust, and online anonymity.

By analyzing the data the researchers found that the perceived benefit of piracy, such as quality, flexibility of use and cost are the real driver of piracy. An increase in legal risk was not directly associated with any statistically significant decrease in self-reported file-sharing.

“Given that we observe a much more powerful predictor of behavior in perceived benefit, changes to legal frameworks may not be the most effective route to change behaviour,” lead author Dr Steven Watson says.

“Specifically, one strategy to combat unlawful file-sharing would be to provide easy access to information about the benefits of legal purchases or services, in an environment in which the specific benefits UFS offers are met by these legal alternatives.”

Alternatively, there is a more indirect route to influence piracy, by increasing the “trust” people have in regulators. This could increase risk perception and also lower the perceived benefits of piracy. However, the researchers note that this isn’t the most efficient option.

In their paper, the researchers mention subscription services such as Spotify as the most compelling alternatives.

This brings us back to the record revenue the RIAA reported yesterday, which can be attributed to the growth of legal services. The RIAA notes that with the introduction of Tidal and Apple Music, subscription service revenues doubled compared to last year.

So it’s legal options that drive the recent revenue growth, not anti-piracy enforcement.

Of course, the idea that subscription services can compete with piracy isn’t new. When Spotify launched its first beta in the fall of 2008, we billed it as “an alternative to music piracy,” and various reports have shown that pirates gladly switch over to good legal services.

The UK researchers also conclude that legal alternatives are a viable option to decrease piracy, one that’s preferred over legal threats.

“It is perhaps no surprise that legal interventions regarding UFS have a limited and possibly short-term effect, while legal services that compete with UFS have attracted significant numbers of consumers,” says co-author Dr Piers Fleming.

Techdirt’s Mike Masnick, who published a “The carrot or the stick” report last year, notes that the findings are in line with their conclusions.

According to Masnick, there is now ample evidence showing that enforcement is not the answer to piracy, but thus far the relevant stakeholders continue to hide their heads in the sand.

“And yet, politicians, regulators and legacy industry folks still insist that ratcheting up enforcement is the way to go. What will it take for them to actually follow what the evidence says, rather than continuing with faith-based copyright policies?” Masnick writes.

from TorrentFreak http://ift.tt/2cZM6wA
via IFTTT
Posted by papampi at 9:13 AM