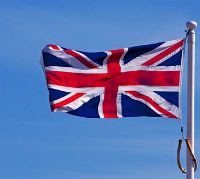 In an effort to control the prevalence of online piracy, numerous criminal actions against file-sharers and file-sharing site operators have already taken place in the UK. However, these prosecutions have not been straightforward.

Due to UK copyright law allowing for custodial sentences of ‘just’ two years for online offenses, anti-piracy groups such as the Federation Against Copyright Theft have chosen to pursue their own private prosecutions. These have largely taken place under legislation designed for those who have committed fraud, rather than the more appropriate offense of copyright infringement.

Physical pirates (CDs, DVDs) can be jailed for up to 10 years under current legislation. During the past few years, there have been lobbying efforts for this punishment to apply both on and offline. That resulted in a UK Government announcement last year indicating that it would move to increase the maximum prison sentence for online copyright infringement to ten years.

This proposal was detailed in a draft of the Digital Economy Bill published in July. If passed into law, it would amend the relevant section of the Copyright, Designs and Patents Act 1988.

That likelihood increased yesterday with the 2nd Reading of the Digital Economy Bill in the House of Commons. Karen Bradley, Secretary of State for Culture, Media and Sport, was in attendance. The MP, who was appointed in July, spoke strongly in favor of strict copyright enforcement.

“We will help businesses from attacks on their intellectual property. Burglars can be sentenced to ten years in prison, but the criminal gangs that are making vast sums of money through exploiting the online creations of others only face a two-year sentence. We will increase this to ten,” Bradley said.

Interestingly, Bradley mentioned a convicted pirate by name. Paul Mahoney ran streaming portal FastPassTV and discussion and linking forum BedroomMedia. After being raided in 2011, the Northern Ireland-based man was sentenced to four years in jail under the Fraud Act, two more than the maximum he would’ve received under copyright legislation.

“Criminals like Paul Mahoney, who profited by almost £300,000 and cost industry millions by facilitating access to illegal films on the Internet, need to be sent a clear message,” Bradley said.

“We need to ensure that enforcement agencies and their partners have the right set of tools to tackle all types of piracy, which is why this clause is so important.”

When the increase to ten years was first reported, some news outlets suggested that regular file-sharers could be subjected to the decade-long sentence. That was addressed in Parliament yesterday by Labour MP Thangam Debbonaire, who welcomed the move but sought assurances that the casual downloader wouldn’t be targeted.

“I am pleased that clause 26 amends the current legislation on copyright to bring online criminal penalties for copyright infringement in line with off-line penalties, with a maximum of 10 years’ imprisonment. This will target anyone who infringes copyright in order to make a commercial gain,” he said.

“However, I wish to stress to hon. Members and to members of the public that this is not to catch out people who download music and unwittingly download or stream something illegal. I want to make that clear in adding my support to this measure. As far as I understand it, it targets the criminals who make money from distributing music to which they do not have the rights.”

Culture Secretary Karen Bradley confirmed that was indeed the case.

Speaking in support of the amendment, Conservative MP John Whittingdale said he was “delighted” that online and offline penalties will be equalized but said that more still needs to be done. Unsurprisingly, given the current environment, Google was again the target.

“The Conservative party manifesto stated that we would put pressure on search engines to try to prevent illegal sites from coming up at the top of a search. I know that round-table discussions have been taking place for a considerable time, but it is a matter of great concern that no significant progress has yet been made,” Whittingdale said.

“In the most recent attempt to find out whether or not there had been an improvement, a Google search was made for ‘Ed Sheeran Photograph download’, with ‘Photograph’ being one of Ed Sheeran’s most recent songs. Only one of the top 10 listings involved a legal site, and the legal site was YouTube, which, of course, is owned by Google.”

In response, Labour MP Dr Rupa Huq offered his thoughts on how that might be mitigated in future.

“[John Whittingdale] said that Ed Sheeran’s song was available on illegal platforms. Does he agree that technology companies, ​and platforms such as Google and YouTube, should be compelled to list only legal sites?” Huq said.

“At present the pirates are sometimes listed higher up than legal sites, and our British musicians who contribute, I believe, £4 billion annually to the economy are losing out as a consequence.”

Whittingdale wasn’t convinced of Huq’s solution, but agreed that much more needs to be done.

“I think it would be unrealistic to expect Google to establish whether every single site was legal or illegal. What it can do is react when illegal sites are brought to its attention,” the MP said.

“[Google] does de-list, but new sites then appear immediately. There have been a vast number of complaints from rights owners about particular sites, but they should tweak their algorithms so that those sites no longer appear at the top of the search listings. Measures of that kind have been under discussion for months and months, but the problem still exists.”

Whittingdale added that there may be a need to include a legal provision which would encourage service providers to establish some kind of voluntary code.

“[T]here may well be a case for legislation, because we cannot allow Google and other search providers to go on allowing people access to illegal sites,” he said.

The Bill will now move to Committee and Report stages, before moving to its Third Reading. It will then pass to readings in the House of Lords before undergoing amendments and the final stage of Royal Assent.

from TorrentFreak http://ift.tt/2ca984a
via IFTTT
Posted by papampi at 3:42 AM