US Online Piracy Lawsuits Skyrocket in the New Year 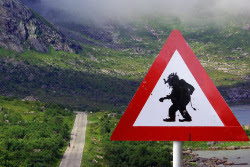 Since the turn of the last decade, numerous people have been sued for illegal file-sharing in US courts.

Initially, these lawsuits targeted hundreds or thousands of BitTorrent users per case, but this practice has been rooted out since. Now, most file-sharing cases target a single person, up to a dozen or two at most.

While there may be fewer defendants, there are still plenty of lawsuits filed every month. These generally come from a small group of companies, regularly referred to as “copyright trolls,” who are looking to settle with the alleged pirates.

According to Lex Machina, there were 1,019 file-sharing cases filed in the United States last year, which is an average of 85 per month. More than half of these came from adult entertainment outfit Malibu Media (X-Art), which alone was good for 550 lawsuits.

While those are decent numbers, they could easily be shattered this year. Data collected by TorrentFreak shows that during the first month of 2018, three copyright holders filed a total of 286 lawsuits against alleged pirates. That’s three times more than the monthly average for 2017.

As expected, Malibu Media takes the crown with 138 lawsuits, but not by a large margin. Strike 3 Holdings, which distributes its adult videos via the Blacked, Tushy, and Vixen websites, comes in second place with 133 cases. 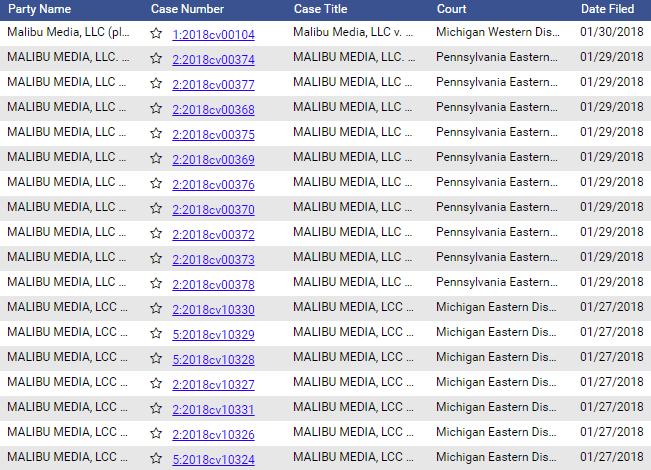 While Strike 3 Holdings is a relative newcomer, their cases follow a similar pattern. There are also clear links to Malibu Media, as one of the company’s former lawyers, Emilie Kennedy, now works as in-house counsel at Strike 3.

The only non-adult copyright holder that filed cases against alleged BitTorrent pirates was Bodyguard Productions. The company filed 15 cases against downloaders of The Hitman’s Bodyguard, totaling a few dozen defendants.

While these numbers are significant, it’s hard to predict whether the increase will persist. Lawsuits targeted at BitTorrent users often come in waves, and the same companies that flooded the courts with cases last month could easily take a break the next.

While copyright holders have every right to go after people who share their work without permission, these type of cases are not without controversy.

Several judges have referred used strong terms including “harassment,” to describe some of the tactics that are used, and the IP-address evidence is not always trusted either.

That said, there’s no evidence that Malibu Media and others are done yet.

from TorrentFreak http://ift.tt/2G77tXI
via IFTTT
Posted by papampi at 12:33 PM