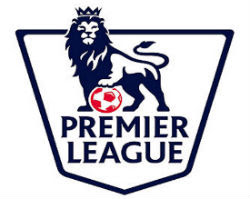 Those on the look out for ready-configured pirate set-top boxes can drift around the web looking at hundreds of options or head off to the places most people know best – eBay and Facebook.

Known for its ease of use and broad range of content, eBay is often the go-to place for sellers looking to offload less than legitimate stock. Along with Facebook, it’s become one of the easiest places online to find so-called Kodi boxes.

While the Kodi software itself is entirely legal, millions of people have their boxes configured for piracy purposes and eBay and Facebook provide a buying platform for those who don’t want to do the work themselves.

Sellers generally operate with impunity but according to news from the Premier League and anti-piracy partners Federation Against Copyright Theft (FACT), that’s not always the case.

FACT reports that a supplier of ISDs (Illicit Streaming Devices) that came pre-loaded for viewing top-tier football without permission has agreed to pay the Premier League thousands of pounds.

Nayanesh Patel from Harrow, Middlesex, is said to have sold Kodi-type boxes on eBay and Facebook but got caught in the act. As a result he’s agreed to cough up £18,000, disable his website, remove all advertising, and cease future sales.

A second individual, who isn’t named, allegedly sold subscriptions to illegal streams of Premier League football via eBay. He too was tracked down and eventually agreed to pay £8,000 and cease all future streams sales.

“This case shows there are serious consequences for sellers of pre-loaded boxes and is a warning for anyone who thinks they might get away with this type of activity,” says Premier League Director of Legal Services, Kevin Plumb.

“The Premier League is currently engaged in a comprehensive copyright protection programme that includes targeting and taking action against sellers of pre-loaded devices, and any ISPs or hosts that facilitate the broadcast of pirated Premier League content.”

The number of individuals selling pirate set-top devices and IPTV-style subscription packages on eBay and social media has grown to epidemic proportions, so perhaps the biggest surprise is that there aren’t more cases like these. Importantly, however, these apparent settlement agreements are a step back from the criminal prosecutions we’ve seen in the past.

Previously, individuals under FACT’s spotlight have tended to be targeted by the police, with all the drawn-out misery that entails. While these cash settlements are fairly hefty, they appear to be in lieu of law enforcement involvement, not inconsiderable solicitors bills, and potential jail sentences. For a few unlucky sellers, this could prove the more attractive option.

from TorrentFreak http://ift.tt/2Eschto
via IFTTT
Posted by papampi at 1:22 AM