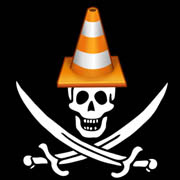 VLC is the media player of choice for Internet users around the globe. Downloaded for desktop at least 2,493,000,000 times since February 2005, VLC is an absolute giant. And those figures don’t even include GNU/Linux, iOS, Android, Chrome OS or Windows Phone downloads either.

Aside from its incredible functionality, VLC (operated by the VideoLAN non-profit) has won the hearts of Internet users for other key reasons, not least its commitment to being free and open source software. While it’s true to say that VLC doesn’t cost a penny, the term ‘free’ actually relates to the General Public License (GPL) under which it’s distributed.

The GPL aims to guarantee that software under it remains ‘free’ for all current and future users. To benefit from these protections, the GPL requires people who modify and redistribute software to afford others the same freedoms by informing them of the requirement to make source code available.

Since VLC is extremely popular and just about as ‘free’ as software can get, people get extremely defensive when they perceive that a third-party is benefiting from the software without adhering to the terms of the generous GPL license. That was the case beginning a few hours ago when veteran Reddit user MartinVanBallin pointed out a piece of software on the Google Play Store.

The software, found here, is called 321 Media Player and has an impressive 4.5 score from more than 101,000 reviews. Despite not mentioning VLC or the GPL, it is based completely on VLC, as the image below (and other proof) shows. 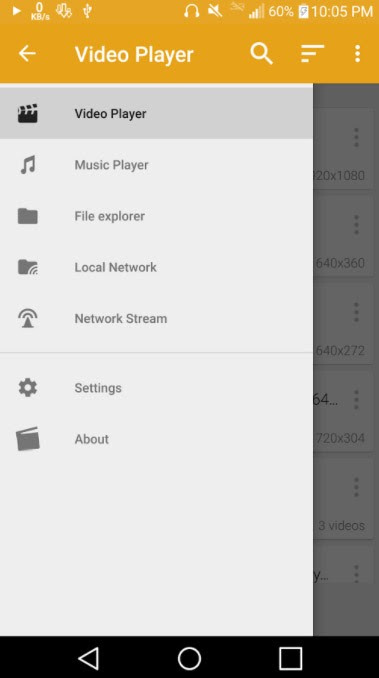 TorrentFreak spoke with VideoLAN President Jean-Baptiste Kempf who confirmed that the clone is in breach of the GPL.

“The Android version of VLC is under the license GPLv3, which requires everything inside the application to be open source and sharing the source,” Kempf says.

“This clone seems to use a closed-source advertisement component (are there any that are open source?), which is a clear violation of our copyleft. Moreover, they don’t seem to share the source at all, which is also a violation.”

Perhaps the most amazing thing is the popularity of the software. According to stats provided by Google, 321 Media Player has amassed between five and ten million downloads. That’s not an insignificant amount when one considers that unlike VLC, 321 Media Player contains revenue-generating ads.

Using GPL-licensed software for commercial purposes is allowed providing the license terms are strictly adhered to. Kempf informs TF that VideoLAN doesn’t mind if this happens but in this case, the GPL is not being respected.

“A fork application which changes some things is an interesting thing, because they maybe have something to give back to our community. The application here, is just a parasite, and I think they are useless and dangerous,” Kempf says.

All that being said, turning VLC itself into adware is something the VideoLAN team is opposed to. In fact, according to questions answered by Kempf last September, the team turned down “several tens of millions of euros” to turn their media player into an ad-supported platform.

“Integrating crap, adware and spyware with VLC is not OK,” Kempf informs TF.

TorrentFreak contacted the developer of 321 Media Player for comment but at the time of publication, we were yet to receive a response. We also asked for a copy of the source code for 321 Media Player as the GPL requires, but that wasn’t forthcoming either.

In the meantime, it appears that a small army of Reddit users are trying to get something done about the ‘rogue’ app by reporting it as an “inappropriate copycat” to Google. Whether this will have any effect remains to be seen but according to Kempf, tackling these clone versions has proven extremely difficult in the past.

“We reported this application already more than three times and Google refuses to take it down,” he says.

“Our experience is that it is very difficult to take these kinds of apps down, even if they embed spyware or malware. Maybe it is because it makes money for Google.”

Finally, Kempf also points to the obviously named “Indian VLC Player” on Google Play. Another VLC clone with up to 500,000 downloads, this one appears to breach both copyright and trademark law.

“We remove applications that violate our policies, such as apps that are illegal,” a Google spokesperson informs TorrentFreak.

“We don’t comment on individual applications; you can check out our policies for more information.”

from TorrentFreak http://ift.tt/2E8TrIc
via IFTTT
Posted by papampi at 9:02 AM