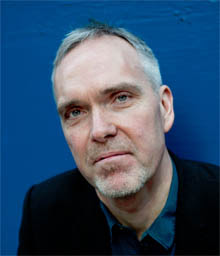 According to local prosecutors who have handled many copyright infringement cases over the past decade, Sweden is nowhere near tough enough on those who commit online infringement.

With this in mind, the government sought advice on how such crimes should be punished, not only more severely, but also in proportion to the damages alleged to have been caused by defendants’ activities.

The corresponding report was returned to Minister for Justice Heléne Fritzon earlier this month by Council of Justice member Dag Mattsson. The paper proposed a new tier of offenses that should receive special punishment when there are convictions for large-scale copyright infringement and “serious” trademark infringement.

Partitioning the offenses into two broad categories, the report envisions those found guilty of copyright infringement or trademark infringement “of a normal grade” may be sentenced to fines or imprisonment up to a maximum of two years. For those at the other end of the scale, engaged in “cases of gross crimes”, the penalty sought is a minimum of six months in prison and not more than six years.

The proposals have been criticized by those who feel that copyright infringement shouldn’t be put on a par with more serious and even potentially violent crimes. On the other hand, tools to deter larger instances of infringement have been welcomed by entertainment industry groups, who have long sought more robust sentencing options in order to protect their interests.

In the middle, however, are Internet service providers such as Bahnhof, who are often dragged into the online piracy debate due to the allegedly infringing actions of some of their customers. In a statement on the new proposals, the company is clear on why Sweden is preparing to take such a tough stance against infringement.

“It’s not a daring guess that media companies are asking for Sweden to tighten the penalty for illegal file sharing and streaming,” says Bahnhof lawyer Wilhelm Dahlborn.

“It would have been better if the need for legislative change had taken place at EU level and co-ordinated with other similar intellectual property legislation.”

Bahnhof chief Jon Karlung, who is never afraid to speak his mind on such matters, goes a step further. He believes the initiative amounts to a gift to the United States.

“It’s nothing but a commission from the American film industry,” Karlung says.

“I do not mind them going for their goals in court and trying to protect their interests, but it does not mean that the state, the police, and ultimately taxpayers should put mass resources on it.”

Bahnhof notes that the proposals for the toughest extended jail sentences aren’t directly aimed at petty file-sharers. However, the introduction of a new offense of “gross crime” means that the limitation period shifts from the current five years to ten.

It also means that due to the expansion of prison terms beyond two years, secret monitoring of communications (known as HÖK) could come into play.

“If the police have access to HÖK, it can be used to get information about which individuals are file sharing,” warns Bahnhof lawyer Wilhelm Dahlborn.

“One can also imagine a scenario where media companies increasingly report crime as gross in order to get the police to do the investigative work they have previously done. Harder punishments to tackle file-sharing also appear very old-fashioned and equally ineffective.”

As noted in our earlier report, the new proposals also include measures that would enable the state to confiscate all kinds of property, both physical items and more intangible assets such as domain names. Bahnhof also takes issue with this, noting that domains are not the problem here.

Under the new proposals, damage to rightsholders and monetary gain by the defendant would also be taken into account when assessing whether a crime is “gross” or not. This raises questions as to what extent someone could be held liable for piracy when a rightsholder maintains damage was caused yet no profit was generated.

from TorrentFreak http://ift.tt/2FB8hFc
via IFTTT
Posted by papampi at 1:27 AM