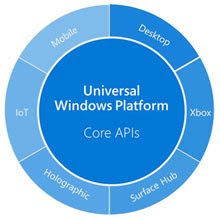 As the image on the right shows, Microsoft’s Universal Windows Platform (UWP) is a system that enables software developers to create applications that can run across many devices.

“The Universal Windows Platform (UWP) is the app platform for Windows 10. You can develop apps for UWP with just one API set, one app package, and one store to reach all Windows 10 devices – PC, tablet, phone, Xbox, HoloLens, Surface Hub and more,” Microsoft explains.

While the benefits of such a system are immediately apparent, critics say that UWP gives Microsoft an awful lot of control, not least since UWP software must be distributed via the Windows Store with Microsoft taking a cut.

Or that was the plan, at least.

Last evening it became clear that the UWP system, previously believed to be uncrackable, had fallen to pirates. After being released on October 31, 2017, the somewhat underwhelming Zoo Tycoon Ultimate Animal Collection became the first victim at the hands of popular scene group, CODEX.

“This is the first scene release of a UWP (Universal Windows Platform) game. Therefore we would like to point out that it will of course only work on Windows 10. This particular game requires Windows 10 version 1607 or newer,” the group said in its release notes. 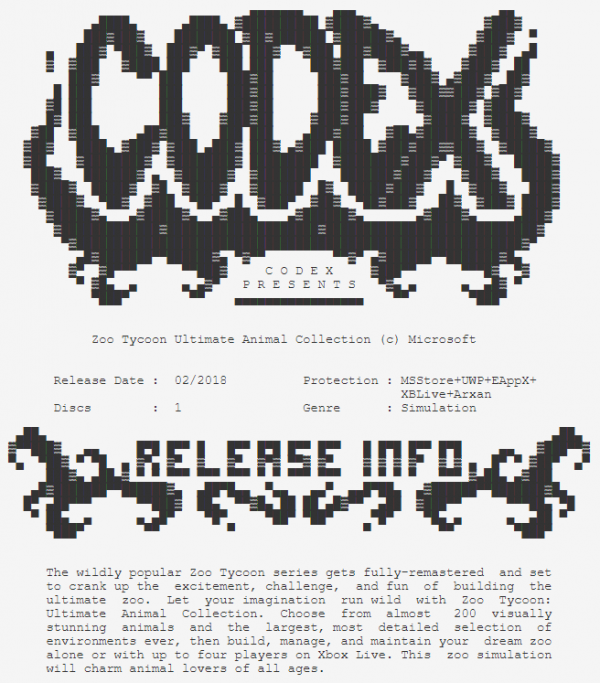 CODEX says it’s important that the game isn’t allowed to communicate with the Internet so the group advises users to block the game’s executable in their firewall.

While that’s not a particularly unusual instruction, CODEX did reveal that various layers of protection had to be bypassed to make the game work. They’re listed by the group as MSStore, UWP, EAppX, XBLive, and Arxan, the latter being an anti-tamper system.

“It’s the equivalent of Denuvo (without the DRM License part),” cracker Voksi previously explained. “It’s still bloats the executable with useless virtual machines that only slow down your game.”

Arxan’s marketing comes off as extremely confident but may need amending in light of yesterday’s developments.

“Arxan uses code protection against reverse-engineering, key and data protection to secure servers and fortification of game logic to stop the bad guys from tampering. Sorry hackers, game over,” the company’s marketing reads.

What is unclear at this stage is whether Zoo Tycoon Ultimate Animal Collection represents a typical UWP release or if some particular flaw allowed CODEX to take it apart. The possibility of additional releases is certainly a tantalizing one for pirates but how long they will have to wait is unknown.

Whatever the outcome, Arxan calling “game over” is perhaps a little premature under the circumstances but in this continuing arms race, they probably have another version of their anti-tamper tech up their sleeves…..

from TorrentFreak http://ift.tt/2Esqhjx
via IFTTT
Posted by papampi at 11:32 AM