The Early Days of Mass Internet Piracy Were Awesome Yet Awful 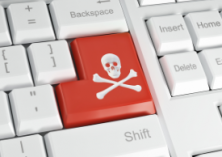 While Napster certainly put the digital cats among the pigeons in 1999, the organized chaos of mass Internet file-sharing couldn’t be truly appreciated until the advent of decentralized P2P networks a year or so later.

In the blink of an eye, everyone with a “shared folder” client became both a consumer and publisher, sucking in files from strangers and sharing them with like-minded individuals all around the planet. While today’s piracy narrative is all about theft and danger, in the early 2000s the sharing community felt more like distant friends who hadn’t met, quietly trading cards together.

“Click. 20th Century Fox comes up. No pixels. No shaky cam. No silhouettes of heads at the bottom of the screen, people coming in five minutes late. None of that,” Walsh said, recalling his experience of downloading X-Men 2 (X2) from LimeWire.

But while the nostalgia has an air of magic about it, Walsh’s take on the piracy experience is bittersweet. While obtaining X2 without having to trudge to a video store was a revelation, there were plenty of drawbacks too.

Downloading the pirate copy took a week, which pre-BitTorrent wasn’t a completely bad result but still a considerable commitment. There were also serious problems with quality control.

“20th Century fades, X Men 2 comes up. We’ve done it! We’re not taking it for granted – we’re actually hugging. Yes! Yes! We’ve done it! This is the future! We look at the screen, Wolverine turns round…,” …..and Walsh launches into a broadside of pseudo-German babble, mimicking the unexpectedly-dubbed superhero.

After a week of downloading and getting a quality picture on launch, that is a punch in the gut, to say the least. Arguably no less than a pirate deserves, some will argue, but a fat lip nonetheless, and one many a pirate has suffered over the years. Nevertheless, as Walsh notes, it’s a pain that kids in 2018 simply cannot comprehend.

“Children today are living the childhood I dreamed of. If they want to hear a song – touch – they stream it. They’ve got it now. Bang. Instantly. They don’t know the pain of LimeWire.

While this might sound comical now, this was the reality of people downloading from clients such as LimeWire and Kazaa. While X2 in German would’ve been torture for a non-German speaker, the misery of watching an English language copy of 28 Days Later somehow crammed into a 30Mb file is right up there too.

Mislabeled music with microscopic bitrates? That was pretty much standard.

But against the odds, these frankly second-rate experiences still managed to capture the hearts and minds of the digitally minded. People were prepared to put up with nonsense and regular disappointment in order to consume content in a way fit for the 21st century. Yet somehow the combined might of the entertainment industries couldn’t come up with anything substantially better for a number of years.

Of course, broadband availability and penetration played its part but looking back, something could have been done. Not only didn’t the Internet’s popularity come as a surprise, people’s expectations were dramatically lower than they are today too. In any event, beating the pirates should have been child’s play. After all, it was just regular people sharing files in a Windows folder.

Any fool could do it – and millions did. Surprisingly, they have proven unstoppable.

from TorrentFreak http://ift.tt/2nZJ0vN
via IFTTT
Posted by papampi at 3:13 AM