Embedding a Tweet Can be Copyright Infringement, Court Rules 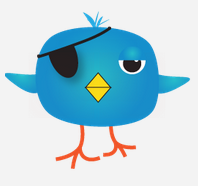 Although these publications don’t host the content themselves, they can be held liable for copyright infringement, a New York federal court has ruled.

The case in question was filed by Justin Goldman whose photo of Tom Brady went viral after he posted it on Snapchat. After being reposted on Reddit, it also made its way onto Twitter from where various news organizations picked it up.

Several of these news sites reported on the photo by embedding tweets from others. However, since Goldman never gave permission to display his photo, he went on to sue the likes of Breitbart, Time, Vox and Yahoo, for copyright infringement.

In their defense, the news organizations argued that they did nothing wrong as no content was hosted on their servers. They referred to the so-called “server test” that was applied in several related cases in the past, which determined that liability rests on the party that hosts the infringing content.

In an order that was just issued, US District Court Judge Katherine Forrest disagrees. She rejects the “server test” argument and rules that the news organizations are liable.

“[W]hen defendants caused the embedded Tweets to appear on their websites, their actions violated plaintiff’s exclusive display right; the fact that the image was hosted on a server owned and operated by an unrelated third party (Twitter) does not shield them from this result,” Judge Forrest writes.

Judge Forrest argues that the server test was established in the ‘Perfect 10 v. Amazon’ case, which dealt with the ‘distribution’ of content. This case is about ‘displaying’ an infringing work instead, an area where the jurisprudence is not as clear.

“The Court agrees with plaintiff. The plain language of the Copyright Act, the legislative history undergirding its enactment, and subsequent Supreme Court jurisprudence provide no basis for a rule that allows the physical location or possession of an image to determine who may or may not have “displayed” a work within the meaning of the Copyright Act.”

As a result, summary judgment was granted in favor of Goldman.

Rightsholders, including Getty Images which supported Goldman, are happy with the result. However, not everyone is pleased. The Electronic Frontier Foundation (EFF) says that if the current verdict stands it will put millions of regular Internet users at risk.

“Rejecting years of settled precedent, a federal court in New York has ruled that you could infringe copyright simply by embedding a tweet in a web page,” EFF comments.

“Even worse, the logic of the ruling applies to all in-line linking, not just embedding tweets. If adopted by other courts, this legally and technically misguided decision would threaten millions of ordinary Internet users with infringement liability.”

Given what’s at stake, it’s likely that the news organization will appeal this week’s order.

A copy of Judge Forrest’s opinion can be found here (pdf).

from TorrentFreak http://ift.tt/2oaZz8h
via IFTTT
Posted by papampi at 6:57 AM