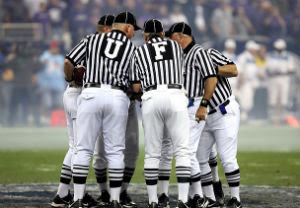 While pirated Hollywood blockbusters often score the big headlines, there are several other industries that have been battling with piracy over the years. This includes sports organizations.

Many of the major US leagues including the NBA, NFL, NHL, MLB and the Tennis Association, are bundling their powers in the Sports Coalition, to try and curb the availability of pirated streams and videos.

A few days ago the Sports Coalition put the piracy problem on the agenda of the United States Trade Representative (USTR).

“The Internet piracy of live sports telecasts is not only a persistent problem, but also a global one, often involving bad actors in more than one nation.”

The USTR asked the public for comments on which countries play a central role in copyright infringement issues. In its response, the Sports Coalition stresses that piracy is a global issue but singles out several nations as particularly problematic.

The coalition recommends that the USTR should put the Netherlands and Switzerland on the “Priority Watch List” of its 2018 Special 301 Report, followed by Russia, Saudi Arabia, Seychelles and Sweden, which get a regular “Watch List” recommendation.

The main problem with these countries is that hosting providers and content distribution networks don’t do enough to curb piracy.

According to the major sports leagues, the US Government should encourage these countries to step up their anti-piracy game. This is not only important for US copyright holders, but also for licensees in other countries.

“Clearly, there is common ground – both in terms of shared economic interests and legal obligations to protect and enforce intellectual property and related rights – for the United States and the nations with which it engages in international trade to work cooperatively to stop Internet piracy of sports programming.”

Whether any of these countries will make it into the USTR’s final list has yet to be seen. For Switzerland it wouldn’t be the first time but for the Netherlands it would be new, although it has been considered before.

A document we received through a FOIA request earlier this year revealed that the US Embassy reached out to the Dutch Government in the past, to discuss similar complaints from the Sports Coalition.

The same document also revealed that local anti-piracy group BREIN consistently urged the entertainment industries it represents not to advocate placing the Netherlands on the 301 Watch List but to solve the problems behind the scenes instead.

from TorrentFreak http://ift.tt/2HjEMYJ
via IFTTT
Posted by papampi at 1:57 PM