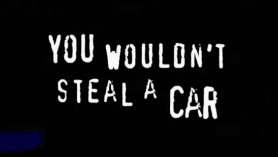 Earlier this year, the Court of Appeals for the Fourth Circuit overturned the $25 million piracy liability verdict against Internet provider Cox.

The panel of three judges concluded that the district court made an error in its jury instruction and ordered a new trial.

This means that music publisher BMG Rights Management and Cox will go head to head again in a new trial, which starts next week. Both parties are working on the final preparations and have filed a series of motions to preclude certain information from the proceedings.

One request, submitted by the Internet provider, stands out as it deals with terminology used to describe copyright infringement. The entire case revolved around Cox’s alleged failure to disconnect “repeat copyright infringers.”

While Cox doesn’t deny that copyright infringement is the central issue, it does object to some of the terminologies BMG used during the previous trial.

During the opening statement, BMG’s lawyer stated that Cox aided and abetted “stealing,” “illegal conduct,” and “illegal infringement,” among other things. In addition, Cox accuses the lawyer of making other prejudicial statements.

The ISP, therefore, asked the court to ban argumentative statements that prejudice Cox and risk confusing the jury. In addition, terms such as stealing or theft should be prohibited as well.

“Cox requests a ruling that requires BMG’s counsel to refer to the alleged conduct as an ‘alleged violation of the Copyright laws,’ ‘alleged infringement of BMG’s Copyright rights,’ or something similar — not stealing, theft, or any other related term,” the ISP asked.

During the first trial, the court acknowledged that the use of the word “stealing” by BMG’s counsel was inappropriate. At the time, Cox had no reason to believe that BMG would use these characterizations, but that’s different now, hence the request.

“Based on the existing record, however, Cox now has reason to believe that BMG’s counsel will indeed engage in the same improper practice and thus seeks a preemptive order restricting BMG’s counsel from doing so,” Cox writes.

In an order issued a few days ago, US District Court Judge Liam O’Grady doesn’t share Cox’s concerns. According to the Judge, terms such as “stealing” and “theft” are not a major problem.

“Specifically, the Court does not find it appropriate to bar BMG from referring to copyright infringement as stealing, theft, or some other related term, as such language is not unduly prejudicial to Cox,” the order reads.

Judge O’Grady expects that both sides will stick to the rules during their opening statements. Should any objectionable issues arise, these can be dealt with during the upcoming trial, which Cox will start without a DMCA safe harbor defense.

While Cox’s request to exclude the “stealing” and “theft” terminology may be unusual, it’s certainly not unique. Previously, the file-hosting service Hotfile submitted a similar request when it went to trial against the MPAA. This request was granted.

A copy of the relevant order is available here (pdf).

from TorrentFreak https://ift.tt/2MDAAbH
via IFTTT
Posted by papampi at 2:04 PM