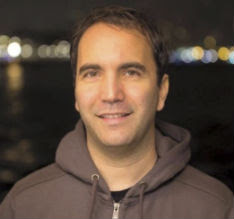 When Bram Cohen first revealed BitTorrent on a public message board on July 2nd 2001, he never imagined it would quickly become a main driver of Internet traffic.

In the years that followed, hundreds of millions of people embraced the technology and more than seventeen years later, many still are.

As the technology became more popular, Bram Cohen co-founded the company BitTorrent Inc. in 2004. This promising startup raised millions in funding and made millions more through advertising, but financially it never really took off.

Cohen himself was more interested in code than money though. As BitTorrent Inc’s lead engineer he worked hard on a live streaming implementation of BitTorrent, believing that it could power the future of online live news and entertainment.

Despite the technical achievements, BitTorrent Inc. headed into rough waters. The company tried to reinvent itself under new leadership, but the millions that were spent didn’t translate to greater success.

BitTorrent’s inventor lashed out against the company’s management and it appears that he, slowly but steadily, went his own way. Cohen has recently taken an interest in blockchain technology, and he’s working on his own environmentally friendly cryptocurrency Chia.

Where the broader public sees crypto as a revenue potential, Cohen is mostly interested by the technological aspects. He’s been critical of “goldbuggism” since the beginning and sees Bitcoin as something that’s fundamentally flawed, especially the wasteful mining process.

Considering Cohen’s criticism of other cryptocurrencies and the hype surrounding them, there is some irony to the fact that one of the most controversial cryptos, TRON, acquired the company he founded.

TRON’s founder recently launched the idea to “improve” Cohen’s protocol by integrating it into the TRON network. This will allow users to earn TRX currency by seeding files.

A controversial idea, for sure. But what does Bram Cohen himself think about all this? When we asked some questions using the regular @bittorrent.com email, we received an auto-response, suggesting that BitTorrent’s inventor is no longer using that address.

Cohen hasn’t said anything in public about the TRON deal, and isn’t very talkative, but when we reached out using an alternative email the response was clear.

“I have no involvement with Tron,” Cohen noted.

We followed up by asking whether this means that he no longer has an official role at BitTorrent Inc. The response was again short but clear.

“That is correct,” he said.

It is no secret that BitTorrent’s inventor had started to distance himself from the company he founded, but the responses we received suggest that he has moved on permanently, which is a big deal.

Unfortunately, Cohen didn’t comment any further on the issue. One can imagine, however, that seeing the company he built from the ground up being placed in the hands of a crypto millionaire, isn’t what he envisioned.

BitTorrent Inc. certainly loses some of its flair, without Bram Cohen. It’s the end of an era and, at the same time, the start of an uncertain future.

from TorrentFreak https://ift.tt/2Bs0bQO
via IFTTT
Posted by papampi at 12:54 PM