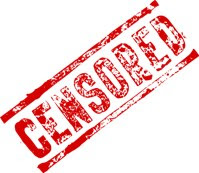 Internet censorship is common in the country, with more than 1,700 sites banned from regular Internet access for reasons ranging from copyright to gambling. The process does not require intervention from the courts so Revolução dos Bytes decided to keep an eye on things with its Ahoy! Chrome and Firefox extension.

“Ahoy! basically bypasses any traffic to a blocked site through our own proxies, allowing the users to navigate in a free, uncensored internet,” team member Henrique Mouta previously told TF.

Not only is Ahoy! able to unblock sites, it can also detect newly blocked domains and feed information back, so that its unblocking abilities are always up to date.

Things had been going well. After servicing 100,000 users last December, Ahoy! grew to almost 185,000 users this year. However, progress and indeed the project itself is now under threat after arbitrary action by Google.

“Google decided to remove us from Chrome’s Web Store without any justification”, Henrique informs TF.

“We always make sure our code is high quality, secure and 100% free (as in beer and as in freedom). All the source code is open source. And we’re pretty sure we never broke any of the Google’s marketplace rules.”

Users being to plumment after Google takedown

Henrique says he’s tried to reach out to Google but finding someone to help has proven impossible. Even re-submitting Ahoy! to Google from scratch hasn’t helped the situation.

“I tried and resubmitted the plugin but it was refused after a few hours and without any justification,” Henrique says.

“Google never reached us or notified us about the removal from Chrome Web Store. We never got a single email justifying what happened, why have we been removed from the store, or/and what are we breaching and how can we fix it.”

TorrentFreak reached out to Google asking why this anti-censorship tool has been removed from its Chrome store. Despite multiple requests, the search giant failed to respond to us or the Ahoy! team.

The negative effect on the project following removal by Google has been swift. Before the takedown, Ahoy! had around 185,000 users with around 500 installations per day. That progress has now been reversed.

“Right now, we have 174k active users on Chrome, quickly dropping (around 500 each day). We are being contacted every day by our users asking where they can now download the Chrome version, and asking what happened. I can tell you that we’ve noticed a web traffic drop on our API of about ~25%,” Henrique says.

Whatever problem Google has with the Chrome version of Ahoy!, the same cannot be said of its Firefox variant. The extension is living happily on that platform and no ToS breach has been advised.

That seems to suggest the team has done little wrong but with Google refusing to provide an explanation, they have no chance of fixing an issue, if one exists.

“The source code is 100% open source, so it’s easy to see that we’re not doing anything sketchy, we really care about our users’ privacy and security. If we’re doing something wrong, we don’t know what,” Henrique complains.

The issue is critical, not least since 98% of Ahoy! users access it via Chrome. So, until Google provides some kind of explanation, Chrome users will have to install the extension manually via a new site set up for the purpose.

“We have many users asking what happened and how can they download this extension [from the Chrome Store] and I have no answers for them. We’re losing our user base every day, and if we don’t find a solution our project will probably die,” Henrique concludes.

from TorrentFreak https://ift.tt/2vvzRQq
via IFTTT
Posted by papampi at 12:47 AM