Demonoid’s Torrents and Owner Are Missing in Action 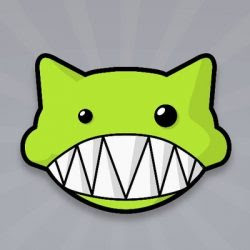 As one of the oldest torrent communities online, the Demonoid tracker has gone though many ups and downs.

Earlier this year the tracker processed its ten millionth user registration. Things were relatively calm and the original founder, Deimos, was back in charge, working on several improvements.

“I want to to see the community we had back. Don’t know if it’s possible but that’s my aim,” Deimos told us last year when the site started to recover from a long stint of downtime.

The community indeed started to grow again, but roughly a week ago Demonoid ran into what appears to be a technical issue. Suddenly, the torrents started to ‘disappear’ from the site.

Instead of seeing the usual flood of fresh content, users saw a “no torrents found” message.

While this could be a relatively simple database issue, there’s a more serious concern. It’s not just the torrents that are missing in action, Deimos is also unreachable, even for members of the site’s staff.

“Deimos is nowhere to be found for the last few days and I can’t reach him,” Demonoid staffer Phaze1G says, noting that it’s a major problem.

Phaze1G says he last spoke to Deimos over a week ago and hasn’t been able to get a hold of him since. Demonoid’s founder was dealing with some personal issues and a business trip, but the lack of communication is unusual.

TorrentFreak also reached out to Deimos a few days ago through our usual channel, but we haven’t heard back since.

While there’s reason for concern, without more information, there’s no reason to panic. Phaze1G informs us that all torrents are still showing up in the test version of the new design, so they’re on the servers somewhere.

This means that there’s likely a small issue that needs to be fixed. However, Deimos is the only person with server-side access, so people must wait for his return. Meanwhile, Phaze1G cautions users not to spread any wild rumors.

“The site is not hacked, stolen, compromised, FBI / CIA conspiracy, and so on,” he notes.

from TorrentFreak https://ift.tt/2MC4c6f
via IFTTT
Posted by papampi at 2:16 AM