Columbia Pictures Nukes “Holmes and Watson” Posters Off The Internet 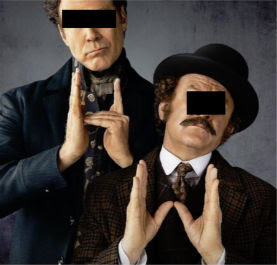 The DMCA is a particularly useful tool for copyright holders who want to make sure that infringing copies of their work are not widely distributed.

Whether it’s a copy of a pirated song, an ebook, or a photo, the DMCA covers it all.

The majority of the takedown requests filed on an average day are fairly mundane. However, there are those that raise eyebrows, which includes the recent efforts of Columbia Pictures.

The movie studio is planning to distribute the upcoming ‘Holmes and Watson‘ movie, a highly anticipated release among Sherlock fans. So, when the first promotional poster appeared online a few days ago, they jumped all over it.

The poster, featuring Will Ferrell and John Reilly as Holmes and Watson, shows both men signaling their initials. On top of that is a large red title that reads “Holmies,” as shown in this Reddit post.

Following a series of news articles, the poster was shared on Facebook, Reddit, and Twitter. This isn’t something out of the ordinary, as the same happens with other prominent movies. What’s unusual, however, is that the posters have begun to ‘disappear.’

Several news sites that reported on and linked to the poster have removed the image and Slashfilm even took the entire article down. Around the same time, several copies shared on Twitter disappeared too. 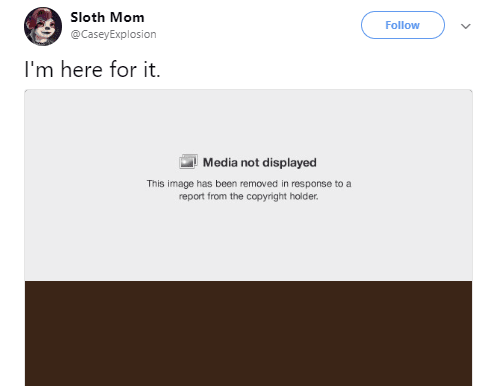 As it turns out, Twitter removed the promotional posters following a DMCA notice. TorrentFreak received a copy of a takedown request which anti-piracy company Entura sent to Twitter on behalf of Columbia Pictures.

Some of the reported uploads 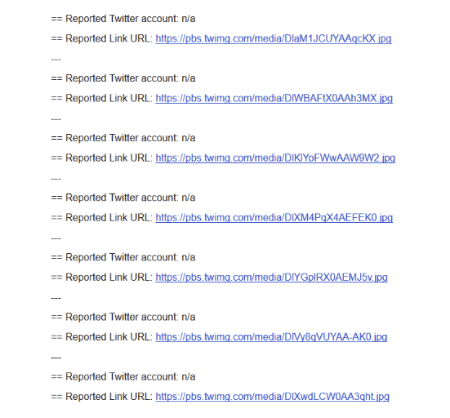 The unusual takedowns haven’t gone unnoticed. Twitter user Sloth Mom has been particularly vocal after one of her tweets was targeted.

“Apparently Columbia Pictures didn’t like me tweeting the poster of the upcoming Holmes and Watson movie with the comment ‘I’m here for it’ for… Reasons? Good going Columbia, now anyone seeing that tweet won’t know what I’m here for,” she Tweeted.

This sparked a lively debate with people condemning Columbia Pictures. But, while it’s clear that Columbia Pictures doesn’t want the poster to be promoted, the question that remains is why?

TorrentFreak reached out to Entura for more details on the matter. At the time of writing we have yet to hear back, leaving us with little more than speculation.

There are of course many possible explanations. The most likely option we’ve seen thus far refers to the “Holmies” title that’s on the original poster. Apparently, that term is also used for ‘groupies‘ of the Aurora shooter James Holmes.

“Err, ‘Holmies’ also means ‘fans of the kid who shot up that DARK KNIGHT theater’ so they might be freaking out and try to scrub the poster from existence,” Twitter user Standing Leaf writes. 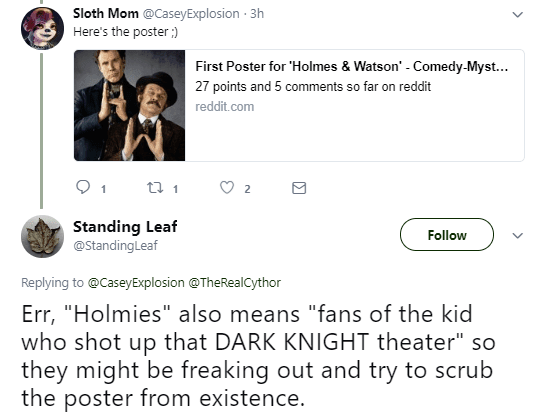 If that’s the case, Paramount Pictures is using the DMCA requests with an ulterior motive. Understandable, perhaps, but the affected recipients who risk losing their account over too many strikes won’t like that.

“Even if that’s true, it’s a disgusting overreach to threaten people’s social media accounts over sharing a promotional poster,” Sloth Mom puts it.

Again, without an official explanation, this all remains guesswork. Perhaps a good detective can get to the bottom of it though.

from TorrentFreak https://ift.tt/2NtqN5c
via IFTTT
Posted by papampi at 10:29 PM