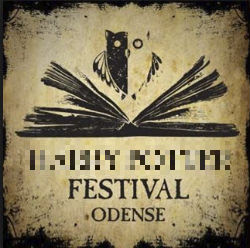 Harry Potter is without a doubt one of the biggest entertainment brands in the world.

As a result, the various copyright holders are very protective of their asset, sometimes to the extreme.

For example, publisher Pottermore previously tried to censor J.K. Rowling’s Wikipedia page, as well as several unrelated entries. While this may have been a mistake, other enforcement actions clearly arent.

When an underground restaurant tried to host a Halloween party with a Harry Potter theme a few years ago, Warner Bros. lawyers came knocking. Trying to avoid trouble, the owner quickly changed the name of the event to the ‘Generic Wizard night.’

That Warner Bros. is protective of its Harry Potter rights also became clear in Denmark this week after a local festival was forced to change its name.

For more than a decade a local library in Odense has organized a Harry Potter festival, with great success. The non-profit event transformed from a small gathering of wizard enthusiasts to a festival with thousands of visitors.

While the library is proud of this achievement, Warner Bros. was growing more and more concerned.

Initially, the movie studio condoned the use of Harry Potter’s name, but this year that stopped being the case. Warner Bros. lawyers informed the festival that it could no longer use names and images related to the Harry Potter movies.

“Over the years, we have been in continuous dialogue with Warner Bros. Studios, which administer all rights regarding the Harry Potter universe,” says Kent Skov Andreasen, Head of Odense’s Libraries and Citizens’ Service.

“The dialogue has been positive and we respect the fact that the company now estimates that the festival has reached a size and spread which means that they ask us to change the name moving forward.”

The name change has quite a few implications. For example, the festival’s original domain name harrypotterfestival.dk, can no longer be used, and even the event’s Facebook page has been pulled offline.

As for the new name? The Library has picked “Magical Days in Odense” as the provisionary working title, but that might change going forward. The organizers don’t want to worry about copyright disputes, they just want to give children and their families a great time.

“We can continue but must call it something else. Whether it will be magical days or ‘the festival whose name cannot be mentioned’. We do not want to stop,” Søren Dahl Mortensen, project manager and librarian tells BT.

“There are many children who are sitting and wearing suits at home and really preparing themselves,” Mortensen adds.

While many of the festival visitors might not appreciate the name change, it is no surprise that Warner Bros. is protecting its brand. One non-profit festival is probably not a problem, but others may follow, which may ultimately compete with the studio’s commercial ventures.

More information about the upcoming Harry Potter Magical Days festival is available at the new non-infringing Facebook page, or at the new Potter-less domain name. 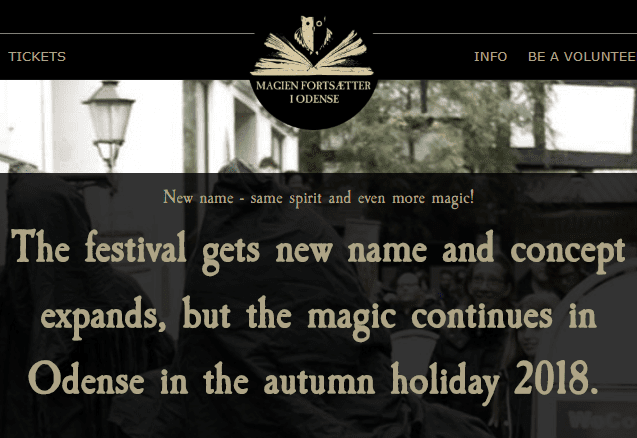 from TorrentFreak https://ift.tt/2ud95LN
via IFTTT
Posted by papampi at 9:54 AM