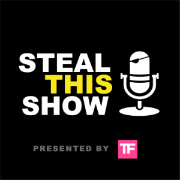 In this episode we meet Abhishta, one of the authors of the paper ‘The Business Model Of A Botnet’, from the University of Twente in The Netherlands.

This fascinating research was widely discussed on release, at least partly due to its insights into the astonishing sums of money botnet operators are making — and how they’re doing it.

We sit down with Abhishta to discuss how Botnets are created, and the multiple ways they can be used to make profit for their operators; attacks on critical internet infrastructure like Dyn; and the surprising actors behind some big DDOS attacks on banks in the Netherlands.

Abhishta fills us in on so-called ‘stresser‘ botnet operations like Lizard Stresser, a kind of rent-a-botnet model, and we consider the surprising accessibility of mother of all attacks: a DDOS against the internet itself — and how it could be used to net billions of dollars.

The guests for our news discussions will vary, and we’ll aim to introduce voices from different backgrounds and persuasions. In addition to news, STS will also produce features interviewing some of the great innovators and minds.

If you enjoy this episode, consider becoming a patron and getting involved with the show. Check out Steal This Show’s Patreon campaign: support us and get all kinds of fantastic benefits!

from TorrentFreak https://ift.tt/2zg1hxQ
via IFTTT
Posted by papampi at 1:17 PM