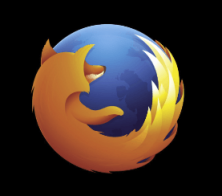 Last month, the National Telecommunications and Information Administration (NTIA) asked the public for input for its International Internet Policy Priorities.

The NTIA has an important role in President Trump’s administration, acting as a principal adviser on telecommunications policies.

In recent weeks various stakeholders submitted their input. Yesterday, for example, we highlighted the MPAA’s submission which argued that action is required as the current “lawless” Internet chills free speech.

However, not everyone agrees with this stance. Mozilla, the creators of the Firefox browser, sees regulation and copyright legislation in particular, as one of the largest threats to an open Internet.

“One of the key elements that makes the internet an incredible global resource is its openness. ‘Open’ means that anyone can publish or invent online without asking for permission, and that the technologies used to run the Web are transparent and understandable.”

More restrictions are a threat to the open Internet, Mozilla argues. It specifically highlights intellectual property laws, which include copyright, as one of the dangers.

These laws restrict people from using the full potential of the Internet. Instead of more restrictions, Mozilla promotes the idea of a more flexible approach, such as Creative Commons licenses.

“Intellectual property laws stifle creativity and innovation if they are too restrictive about sharing and remixing – particularly for educational and non-profit use, which would be permitted under ‘fair use’.”

“We need to reform laws that are outdated, and support the growth of licensing alternatives like the Creative Commons,” Mozilla adds.

Mozilla agrees with the MPAA that copyright legislation in the US and abroad hasn’t kept up with the pace with the Internet. However, both groups clearly have different ideas on how to move forward.

Where MPAA and other pro-copyright groups want stricter copyright regulation, Mozilla wants fewer restrictions, and both ask the Government for support.

“Internationally, the NTIA and Department of Commerce should support efforts to keep the internet open. Open innovation on the internet is threatened by bad policies, the devaluation of common standards, and the fragmentation of the global internet.”

As an example of present threats, Mozilla mentions the EU’s copyright modernization proposals, which would increase liability for online services and introduce a so-called ‘link tax’.

“It is clear that leadership is necessary; the EU is currently in the final stages of negotiation on a copyright proposal that would threaten the future of the internet,” Mozilla warns.

Mozilla notes that the challenges ‘we’ face are complicated, but that they can be tackled if all stakeholders collaborate to find the right solutions. However, if the NTIA submissions show anything, it’s that this will be nearly impossible.

On one side there are groups such as Mozilla, EFF, Public Knowledge, Center for Democracy & Technology, the Internet Association, Cloudflare, and Google, warning against the adverse effects of restrictive regulation.

On the other, there are copyright holder groups such as the MPAA, RIAA, The Software Alliance, the Copyright Alliance, and others, urging for better protection for creators.

Both argue that they want to protect freedom of expression and the free flow of information, but they differ greatly in how this goal should be achieved.

An overview of all NTIA responses is available here.

from TorrentFreak https://ift.tt/2LErc7p
via IFTTT
Posted by papampi at 10:57 AM