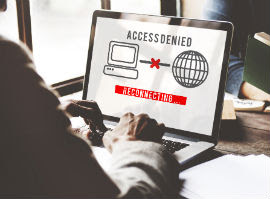 At the turn of the century, most online piracy was carried out using software applications. With their inbuilt search features, tools such as KaZaA and eDonkey were all the rage.

With the advent of BitTorrent, however, a dual approach was required. While the file transfers themselves still took place in torrent clients, the .torrent files (which contain instructions on where to obtain content) had to be downloaded from indexing sites such as The Pirate Bay.

These days that same system is still used by millions but pure web-based streaming platforms are also extremely popular. Alongside, there’s also a huge selection of software applications, many of them designed for mobile devices, that either utilize existing web resources or have their own infrastructure to supply content.

Thus far, tackling these tools hasn’t proven easy. Kodi-based tools, Popcorn Time, Terrarium TV, Showbox and many other platforms are still going great guns, despite several efforts to bring them down. Over in Russia, however, the authorities believe that new legislation will bring about the desired result.

This week the State Duma, the lower house of the Russian parliament, adopted in the first reading a draft law that will give authorities power to prohibit access to software applications through which pirated content is being distributed.

The draft is an amendment to anti-piracy legislation which currently refers to potentially infringing sites as “information resources”. The draft introduces the term “software application” which could refer to desktop software but is mainly directed at apps running on mobile devices including phones, tablets or set-top box variants.

The current draft envisions rightsholders filing complaints with telecoms watchdog Roscomnadzor when copyright-infringing content is being made available through a particular piece of software. It’s then for Roscomnadzor to identify the owner of the software application and instruct him to remove the content in question. If that fails to take place, local ISPs will be ordered to render the software inaccessible.

While blocking regular websites isn’t particularly difficult, software applications present a much more challenging scenario, not least since they can be downloaded from thousands of websites and can change hands in seconds. They also tend to rely on several underlying systems, each with their own ranges of IP addresses that may, or may not, be exclusively used for illegal purposes.

All this means that the government is gearing up for what is likely to be a complex battle to block pirate applications. Only adding to the problems is the existence of applications that can be used to share copyrighted content but aren’t necessarily designed for that purpose. How these will be tackled will remain to be seen.

Ultimately the authorities understand how difficult and resource intensive this will be. Already there are calls for existing budgets to be boosted to accommodate the plans but currently, the draft contains no such guarantees.

from TorrentFreak https://ift.tt/2urOl2h
via IFTTT
Posted by papampi at 12:34 AM