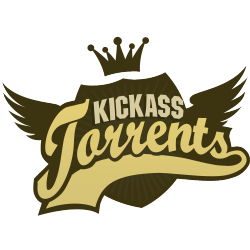 During the summer of 2016 the torrent community went into shock when KickassTorrents (KAT) disappeared offline.

The arrest was part of a U.S. criminal case which also listed two other men as key players. At the time, KAT was the most-used torrent site around, so the authorities couldn’t have hit a more prominent target.

The criminal case meant the end of the torrent site, but also the start of a slowly progressing legal battle for the defendants. Vaulin was held in a Polish prison cell for months. While he was released on bail last year, the final decision in the extradition proceedings is still pending.

Previously, a Polish court ruled that the alleged owner of KickassTorrents can be extradited to the United States. However, this ruling was just the first of two in an ongoing extradition process.

In recent months there haven’t been any public updates from the defense team and our inquiries have remained unanswered. However, a recent status report filed by John R. Lausch Jr, US Attorney for the Northern District of Illinois, shows that there’s still no final decision.

“Defendant is still undergoing extradition proceedings in Poland, and the parties are not currently aware of a timetable for a resolution of those proceedings,” Lausch informed the US Federal Court earlier this month.

From the status report

The case’s status hearing, which was planned last week, has now been postponed until October, but it’s unclear whether there will be any progress by then.

While two years is a long time, it pales in comparison with Kim Dotcom’s extradition battle, which remains in progress after more than six years.

Through his legal team, Artem Vaulin previously indicated that he would be open to surrendering voluntarily under the right conditions. However, there are no signs that this was seriously considered.

The defense team also submitted a motion to dismiss the entire case. Among other things, it argued that torrent files themselves are not copyrighted content. The court decided, however, that the US Government’s case is strong enough to continue.

Vaulin previously denied any wrongdoing and said that he always asks for legal advice when starting a new venture.

“I’m a businessman. When I start a business I consult lawyers. I was never told that anything I was involved in was against the law,” Vaulin told The Verge last year.

“I’m not crazy. If someone came to me to tell me the United States was angry with something I do, whatever it was, I would stop,” he added.

KickassTorrents, meanwhile, is now a distant memory to most people. While several copycats and KAT -inspired sites are still around, including one operated by former staffers, the real torrent juggernaut is gone.

from TorrentFreak https://ift.tt/2NwNYeG
via IFTTT
Posted by papampi at 6:29 AM