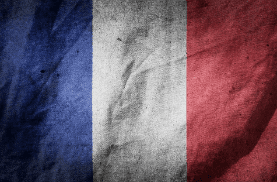 France has been fighting on the anti-piracy enforcement frontline for more than a decade now.

The country was the first to introduce a graduated response system, Hadopi, where Internet subscribers risked losing their Internet connections if they were caught sharing torrents repeatedly.

Today this approach is no longer as effective as it once was. The bulk of all online piracy has moved from P2P downloading to streaming, which isn’t traceable by anti-piracy watchdogs.

For this reason, the French Government is now considering to institute a national streaming site blacklist. Interestingly, however, it appears that even without such measures, online piracy is on the decline.

A new report published by consultancy firm EY reveals that the number of French pirates has dropped by 8%, from 11.6 million in 2016, to 10.6 million last year. The remaining pirates also downloaded and streamed less infringing content than the year before, with consumption dipping 4%.

Piracy predominantly affects the movie industry, with 94% admitting to downloading or streaming films. While that’s bad news for Hollywood, the report is not all doom and gloom.

In fact, it appears that pirates are increasingly “going legal.” This doesn’t mean that they have quit their copyright infringing habits completely, but they are more likely to pay for access too.

In the span of a year, the number of pirates without a video on demand subscription dropped by nearly 30%. The result is that more than half of all pirates also pay for a legal movie streaming service now.

EY further signals a significant drop in TV show piracy, which it links to the increasing popularity of paid streaming services.

“We see a significant drop in the pirating of series which is not without a link to the boom in SVoD platforms,” ScreenDaly quotes from the report.

“Netflix has managed to reel in pirate consumers who weren’t signed up with a legal service before. In 2017, there were 20% more pirate consumers paying for a Netflix subscription than the year before,” EY’s report states.

This suggests that the main goal of movie studios and other content providers is to make sure that their work is widely available on legal streaming platforms. Ideally, without any delays and at a reasonable price.

It’s not all roses, of course. The more than 10 million pirates that remain reportedly cause around 1.18 billion euros in losses, which translates to more than 100 euros per pirate.

That’s still quite a few extra Netflix subscriptions to go…

from TorrentFreak https://ift.tt/2u1NhCW
via IFTTT
Posted by papampi at 1:42 AM